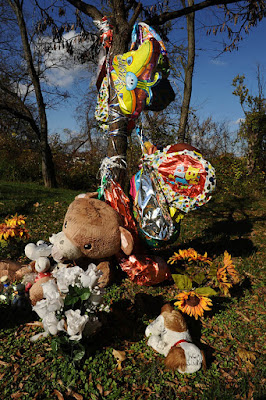 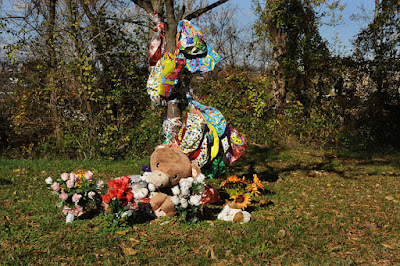 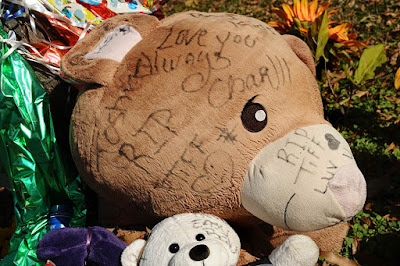 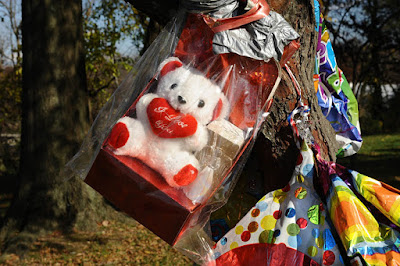 There have been two recent violent shooting deaths in the 5300 block of Dix Street NE, Washington DC.

I documented this shrine there, on the edge of the Clay Terrace neighborhood. I do not know who it was erected for. The person honored was nicknamed Tiff.

In any case, I wish peace and justice for the families affected, and for the community.

From a DC police report: Detectives from the Metropolitan Police Department’s Homicide Branch are investigating a homicide which occurred in the 5300 block of Dix Street NE, Washington DC, on Thursday, October 29, 2015, at approximately 7:14 am. Members of the Sixth District responded to a call for a shooting. Upon their arrival to the scene, they found an unconscious adult male suffering from multiple gunshot wounds. The victim, identified as Leon Reid Jr., 35, was transported to a local hospital where all lifesaving efforts failed and he was pronounced.

From a DC police report: The Metropolitan Police Department has identified the decedent in the fatal police-involved shooting that took place in the 5300 block of Dix Street NE, Washington DC, on Thursday, November 19, 2015 at approximately 1:52 pm as Darick Napper, 34.

I revisited this site in June 2017, looking for a possible shrine for a more recent homicide victim in this block. There was no new shrine, but these two shrines were still evident. 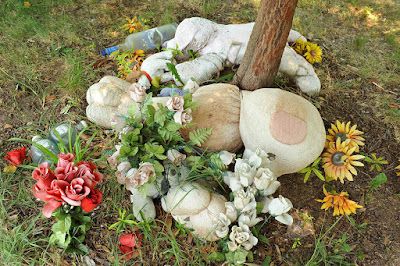