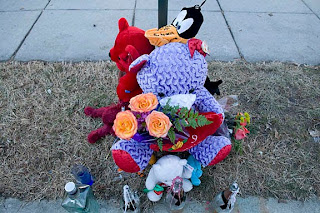 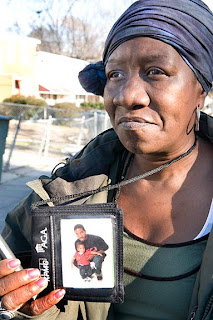 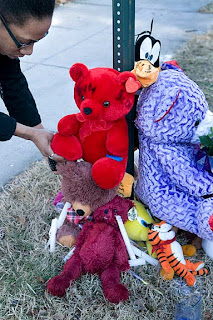 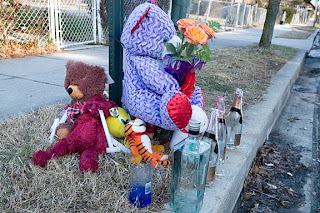 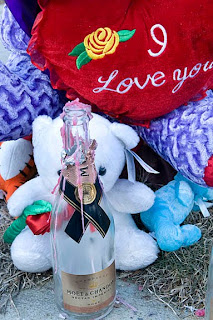 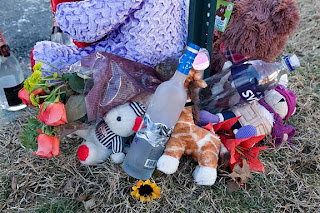 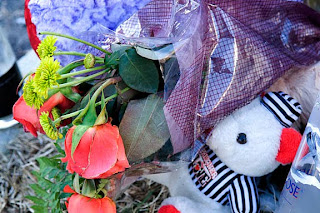 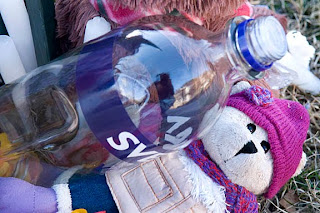 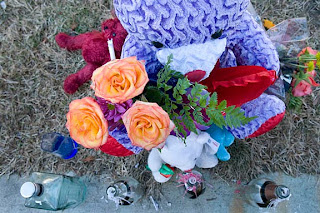 Salaam aleikum.
Posted by Lloyd at 12:13 AM 0 comments 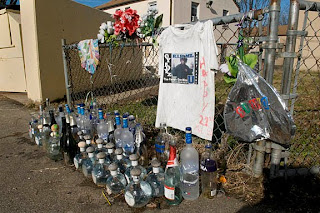 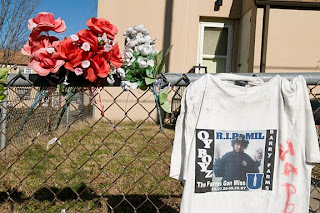 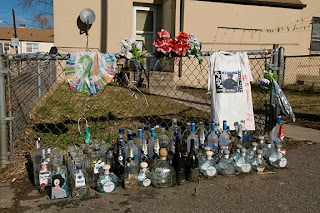 This memorial is maintained for "MIL" who lived and died in the 1100 block of Eaton Road SE, in the Barry Farm neighborhood of Washington DC. The shrine is in an alley behind the rowhouses facing Eaton Road.

He was murdered in 2007. I met a neighbor who said the memorial was maintained by the family, and asserted clearly that in his experience MIL "was a good person and had been loved by his family." He did not know (or would not tell me) MIL's full name, and I found no further information. 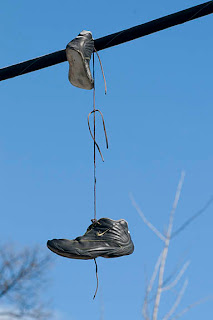 I found these sneakers hanging over wires at the intersection of 8th and Atlantic Street SE, Washington DC. This sort of memorial usually marks a death in the area. The neighborhood, Condon Terrace, has been plagued by much violence over the years, but I could find no specifics of the reason for this shrine from passersby (it was cold out) or online.

I do not document all the sneaker shrines I encounter (the city has many, and I saw at least two other sets the day I photographed this site), but I do feel it is important to note them from time to time.

Each represents a life, usually a young one, taken away.
Posted by Lloyd at 11:52 PM 0 comments 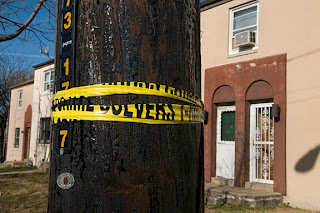 Crime tape at the site of the murder of Jheryl Hodge, 20, who lived and died in the 1100 block of Eaton Road SE, in the Barry Farm neighborhood of Washington DC.
He was found shot on a sidewalk about 1:00 PM Wednesday January 13, 2010.
Posted by Lloyd at 11:49 PM 0 comments 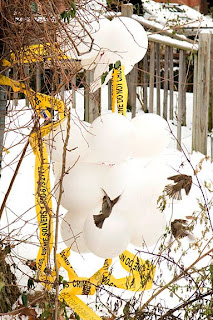 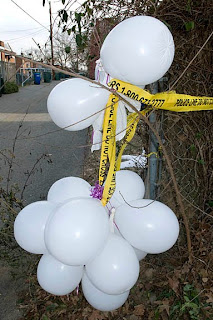 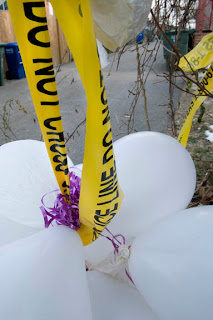 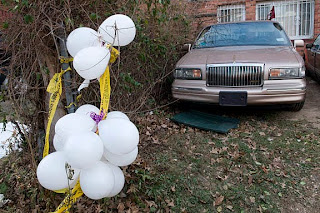 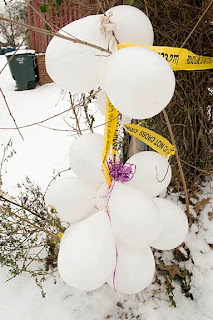 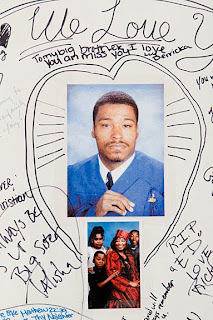 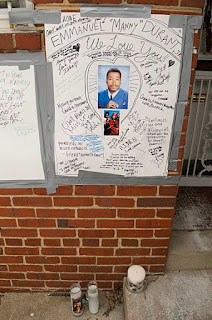 Emmanuel Durant, 19, was found fatally shot New Year's Eve, December 31, 2009 in the alley behind the 200 block of Hawaii Avenue NE, Washington DC. He lived at 208 Webster Street NE, where there is a second memorial in front of the home, erected by his grieving family.

Mr Durant, a recent graduate of Roosevelt High School, was shot by assailants that he tried to fight off while protecting his family. The attackers had robbed his older brother and invaded the family's home in the normally quiet neighborhood.
More than fifty people celebrated his life at a vigil according to the Washington Post.
Posted by Lloyd at 4:41 PM 0 comments 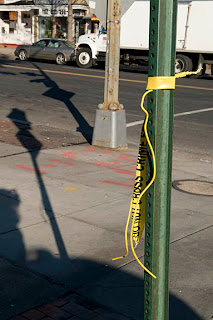 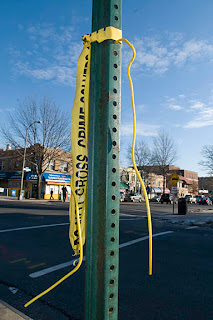 Tavum Borum, 23, was shot and killed December 30, 2009 in front of a Popeye's restaurant in the 5200 block of Georgia Ave NW, Washington DC. All that remains at the site was police tape and wire.

I could find no other information on him or the case.
Posted by Lloyd at 4:37 PM 0 comments 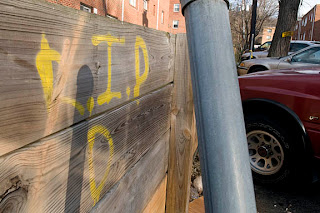 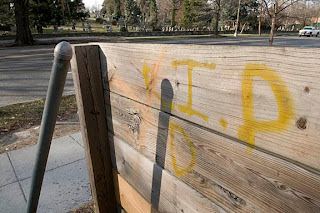 Grafitti for Chardale Bowe, 42, who was shot to death New Year's Eve, Dec 31, 2009. His body was found in the 4200 block of N. Capitol Street NE, Washington, DC about 11:25 pm by city rescue workers. Police have arrested Randolph Thomas Jr in the murder.