"Farewell to our beloved Taiwo Oduwole" | Memorial in the 9700 block of Brandywine Road, Clinton, MD

From WTOP News: Prince George’s County police arrived around 5 a.m. on August 20, 2016 at a 7-Eleven on the 9700 block of Brandywine Road in Clinton, Maryland, and found old Taiwo Oduwole, 31, of Upper Marlboro, inside with gun shot wounds after an attempted robbery. He was taken to the hospital, where he was pronounced dead. Prince George’s County police released surveillance photos of the suspect Saturday afternoon, showing a man with a black, gray and red backpack and a gray and black coat. Police said they believe the same suspect may have robbed a hotel in the 7900 block of Malcolm Road shortly after the shooting.
This very sad shrine in memory of Mr. Oduwole has been erected at the store where he worked. A vigil in his honor was scheduled on the site on Sunday August 27th.

I pray for peace and justice for him, his family, and the community. 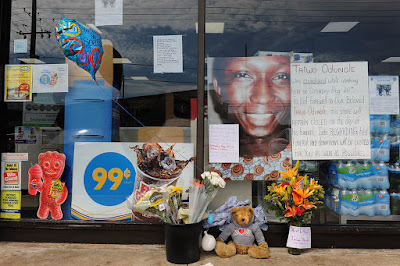 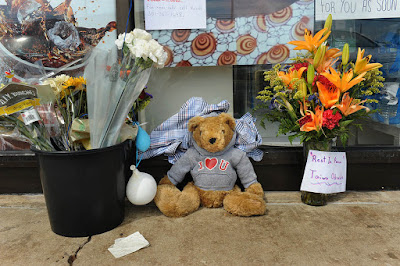 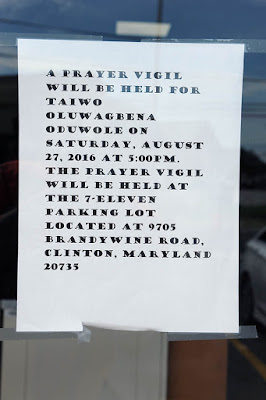 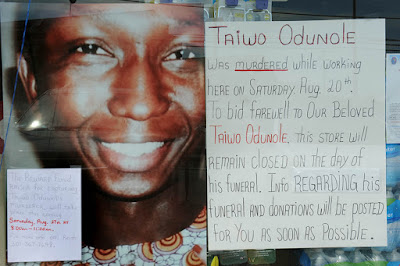 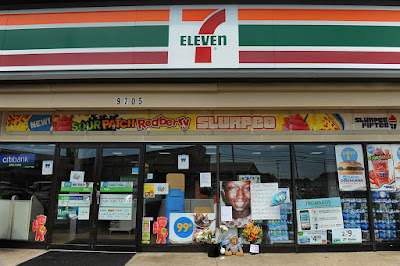 Those excerpts from an article from the Washington Post speak volumes:
"In the short time he worked at the store, regular customers of the 7-Eleven on Brandywine Road in Clinton, Md., were almost always greeted by the quiet, friendly smile of Taiwo Oduwole.
The native of Nigeria was behind the counter “morning, noon and night” as he worked to pay for his master’s degree, said Phyllis Boone, a longtime Clinton resident who often visited the convenience store. “He was the face of the 7-Eleven,” Boone said. “You can’t walk into the store without seeing him.
But Sunday morning, during one of Oduwole’s early shifts, a masked man armed with a gun entered the store and demanded money, police said. The man assaulted Oduwole, who managed to jump over the counter in an attempt to escape. Then the gunman shot Oduwole in the back — twice. “Our suspect raised his gun, pointed it at our victim and shot him in his back one time,” said Capt. Brian Reilly, the head of the homicide unit for Prince George’s County Police. As Oduwole made it out the door, “the suspect then, a second time, raised his gun and shot Mr. Oduwole in the back again. Mr. Oduwole collapsed in the parking lot.” Police released video Monday of a suspect wanted in connection with Oduwole’s slaying. Police hope that the images showing a man wearing a distinct North Face jacket with a backpack attached to it will lead to an arrest in the killing of the recent immigrant from Nigeria. Oduwole, 31, died at a local hospital. The gunman left the convenience store without any money, Reilly said.
“This is an absolutely senseless crime that should have never taken place,” Reilly said of Oduwole’s shooting. “It’s a heartless and cowardly act.” Family gathered at Oduwole’s home in Upper Marlboro on Monday were too grief-stricken to speak at length. “It’s tough to talk about right now,” said a man at the door who identified himself as Oduwole’s brother but did not provide his name. The man described his brother as an intelligent, kindhearted and decent person. “He touched everyone who he comes across,” Oduwole’s brother said. “Everybody misses him.” Keith Turner, an active member of the community and regular customer, was at the store early Monday morning with Boone and other neighbors to remember Oduwole. “He was really nice,” Turner said of Oduwole. “He didn’t have to die over some money.” A police flier showing an image of the suspect sought by police was taped to the front of the store. Turner pointed at the man’s picture and called him “trifling.” “We’ve got to come together, get this guy and make him an example,” Turner said. Boone, who also was at the ­7-Eleven on Monday morning, remembered Oduwole as someone who was respectful and generous. When kids in the neighborhood came into the store and they couldn’t afford a drink or a treat, Oduwole would often take some of his own money and pay for them, Boone said. She called Oduwole’s killing “disgusting.” “This coward has taken away a beautiful person in this community,” said Boone, who has lived in the Clinton area for 25 years. “He had just a wonderful spirit.” 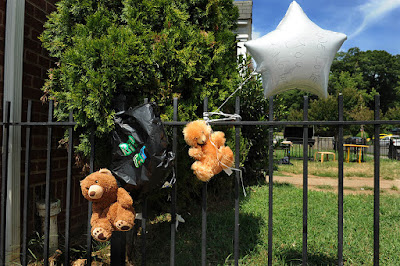 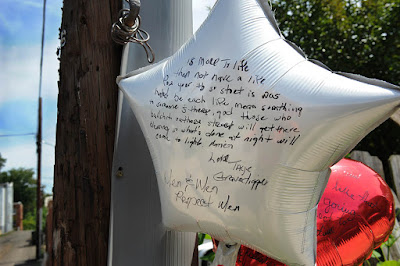 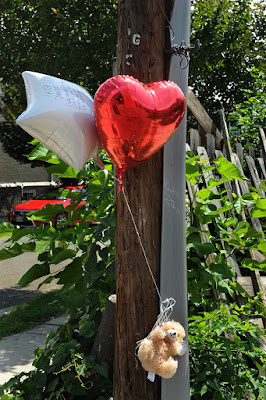 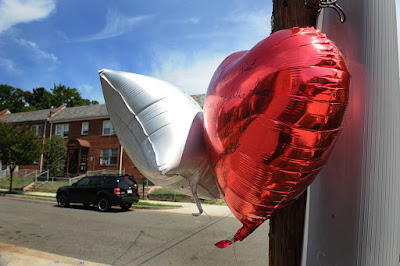 Douglas " Swipey" Brooks. Music is Life. Site of his slaying in the 3600 block of Parkway Terrace Drive, Suitland MD.

From WTOP News: An 18-year-old man who was fatally shot early Sunday morning in Suitland, Maryland, has been identified as an up-and-coming rapper. Police found the victim, Douglas Brooks of Suitland, Maryland , known also as  “Swipey,”  suffering from a gunshot wound just after 1 a.m. on August 21, 2016 in the 3600 block of Parkway Terrace Drive, in Suitland, Maryland, Prince George’s County police said in a news release. Brooks was pronounced dead at the scene. Detectives were still working to identify any suspects or motives. Police do not believe the shooting was a random crime.

There is an extensive article on Mr. Brooks in the Washington Post.

A Prince George Police report on the situation can be viewed here. 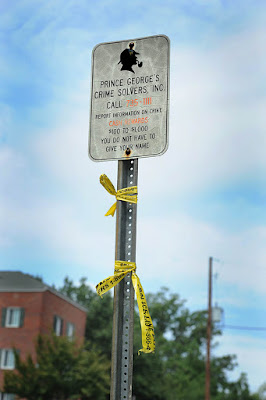 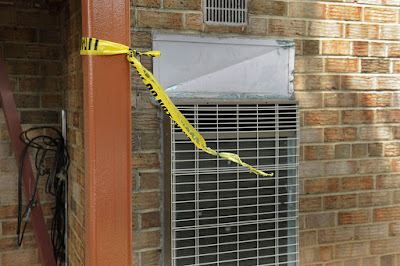 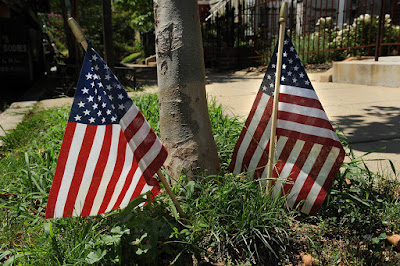 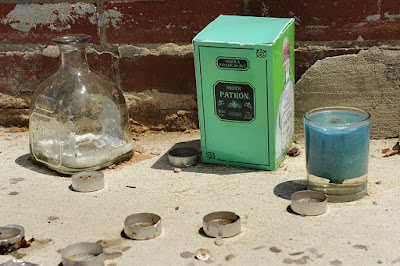 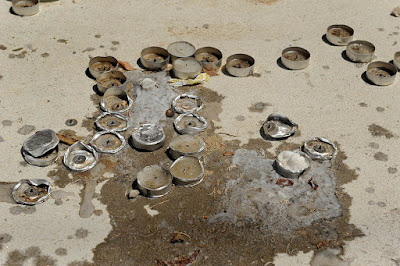 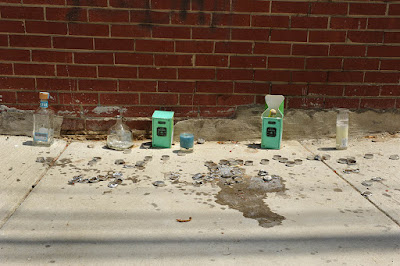 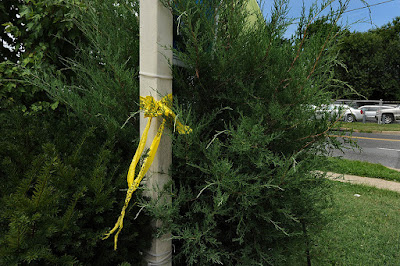 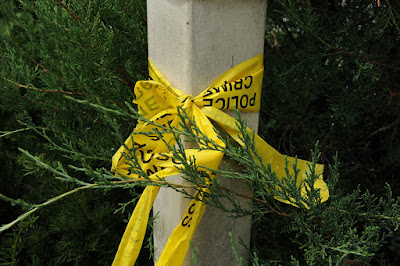