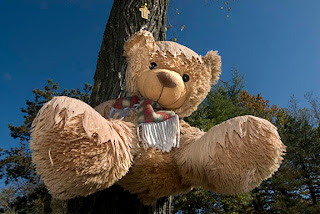 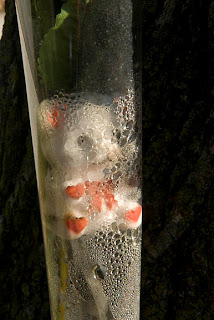 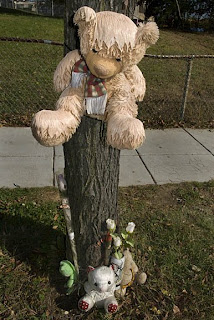 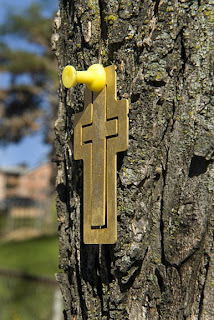 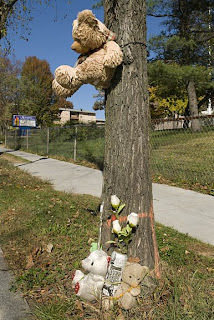 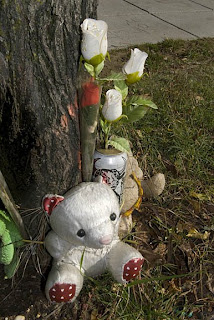 Shrine to an unknown victim in the 3200 block of Wheeler Rd. SE, Washington DC. It is right next to the entrance to McGogney Elementary School.

I was looking for a shrine of a murder victim that occurred last night in the parking lot of a liquor store on Wheeler Rd. SE in Washington DC. The police have not yet released the name of the slain man. A neighbor commented that "they haven't built a memorial for him yet."

Another passerby told me this shrine, immediately across the street from last night's murder, was for somebody else who had been killed some time before (corroborated by the wear and rain marks on the bear and other objects). He did not know the name of this victim, and there was no evidence on the shrine of a name or other identifying material.

UPDATE- a neighbor I met at a nearby shrine a few days after i posted this shrine, told me he believed that this memorial is to a young man named "Tim." He may have been killed by a motorcycle.
Posted by Lloyd at 9:36 AM 0 comments 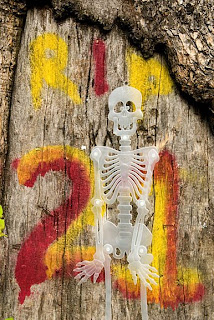 There are still quite a number of small shrines in the DC area in memory of slain Redskins athlete, Sean Taylor.

This one, on a tree in the 1400 block of 1st Street NW, was recently decorated for Halloween.

A shrine (for a different victim of violence) that was almost directly across the street from this one has recently been taken down.
See: http://dcshrines.blogspot.com/2008/08/shrine-to-unidentified-victim-1st-o-st.html
Posted by Lloyd at 9:22 AM 0 comments 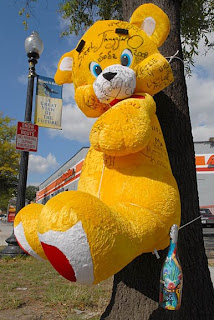 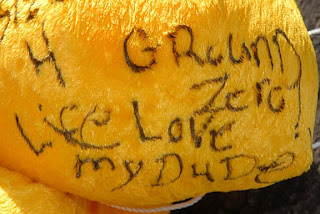 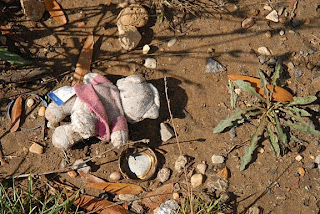 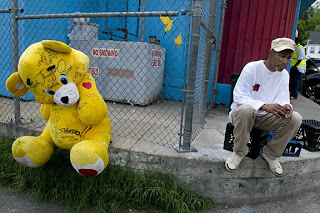 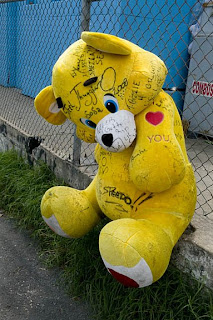 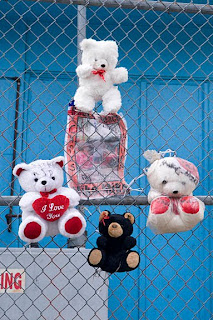 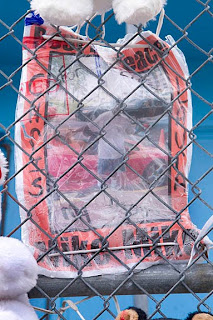 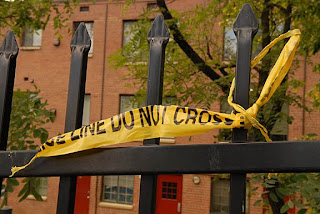