From a DC police report: Detectives from the Metropolitan Police Department’s Homicide Branch are investigating a fatal shooting that occurred in the 2200 block of Mount View Place SE, Washington DC, on Friday, December 23, 2016. At approximately 9:32 pm, members of the Seventh District were responding to a report of the sounds of gunshots. Upon arrival, officers discovered two adult males suffering from gunshot wounds in the 2200 block of Mount View Place, Southeast. DC Fire and EMS personnel  transported both victims to a local hospital for treatment. One victim succumbed to his injuries and was pronounced dead. The other victim remains in critical condition. The decedent has been identified as Damien Keith Thomas, 29, of Northeast DC. 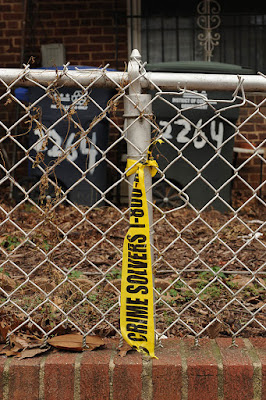 From a DC police report: Detectives from the Metropolitan Police Department's Homicide Branch seek the public's assistance in identifying and locating a person of interest in a fatal shooting which occurred on Tuesday, December 27, 2016, in the 800 block of Xenia Street SE, Washington DC. At approximately 1:18 pm, members of the Seventh District received a call for the report of the sounds of gunshots.  Upon arrival on the scene, officers located an adult male suffering from multiple gunshot wounds. DC Fire and EMS personnel transported the victim to a local hospital where he succumbed to his injuries and was pronounced dead. The decedent was identified as Herbert Dowtin, 24, of Southeast, DC. 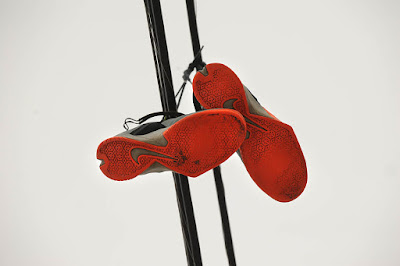 These shoes, which are often but not always displayed as a memorial to slaying victims, were over a wire about a half-block from the site designated in the police report.

In any case, may there be peace for all concerned.
Posted by Lloyd at 1:21 PM 0 comments