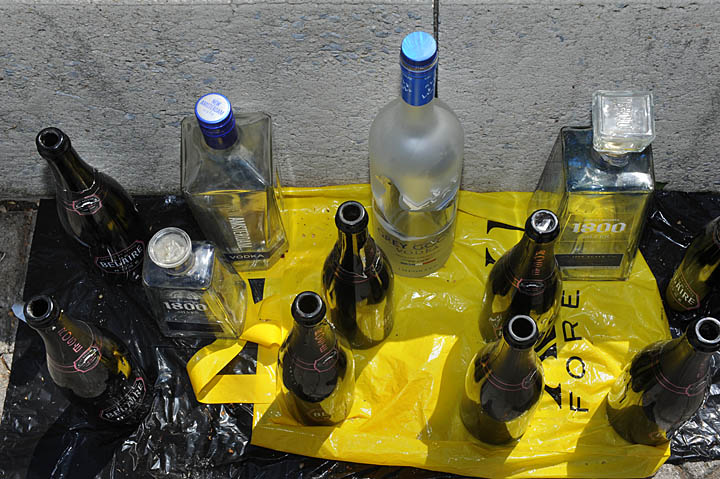 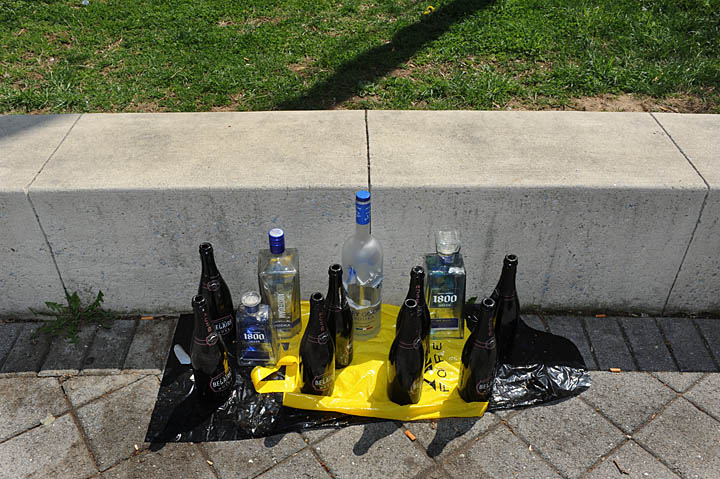 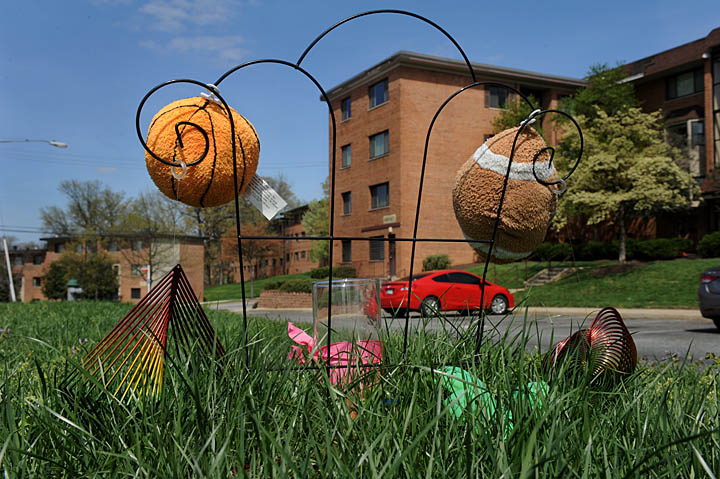 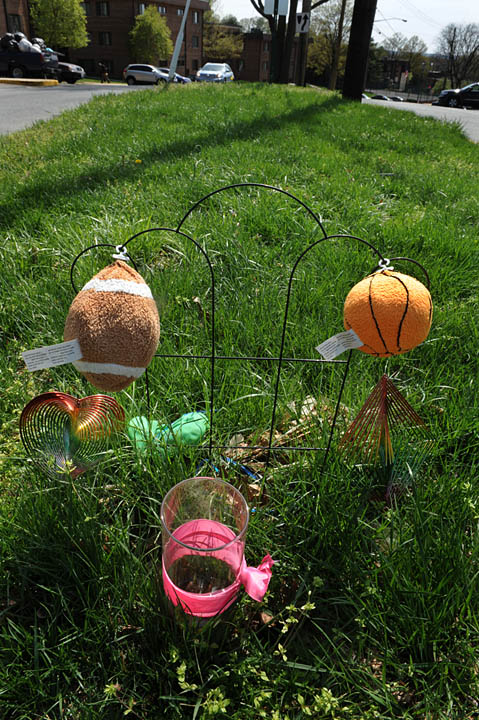 From a Prince George's County (MD) police report: "The Prince George’s County Police Department is investigating a homicide in Oxon Hill. The victim is identified as Vincent Toussaunt Kyler, 35, of Accokeek. On April 2, 2014, at about 5:15 pm, patrol officers were called to the 600 block of Audrey Lane for a shooting.  When they arrived, they found Kyler suffering from apparent gunshot wounds inside a car.  He was pronounced dead on the scene.
On April 4, 2014, The Prince George’s County Police Department arrested a suspect for the murder of Vincent Kyler. The suspect is identified as Odell Quarles III, 24, of Oxon Hill. Detectives believe the motive is drug-related. Quarles faces first degree murder and related charges. He remains in custody at the Department of Corrections."

This memorial, including sports-related plush toys, is in a median strip, not far from the DC/MD border.

Please see the comment below, as to whom this memorial appears to have been built for.

To justice, and to peace...