From a DC police report: Detectives from the Metropolitan Police Department’s Homicide Branch are investigating a homicide which occurred in the 3200 block of 15th Place SE, Washington DC, on Thursday, October 15, 2015, at approximately 7:38 pm.

Members of the Seventh District responded for a shooting call.  While investigating in the area, they located an adult male suffering from apparent gunshot wounds.  DC Fire and Emergency Medical Services transported the victim to an area hospital, where the victim, identified as Tavon Maurice Patterson, 23, later succumbed to his injuries and was pronounced dead. 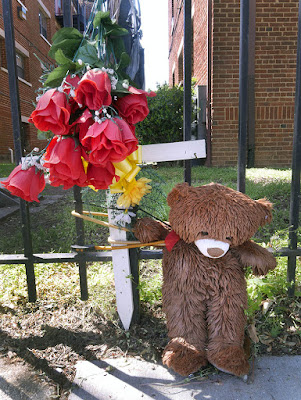 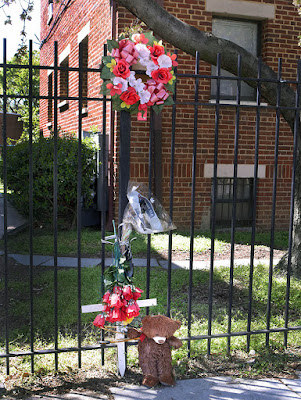 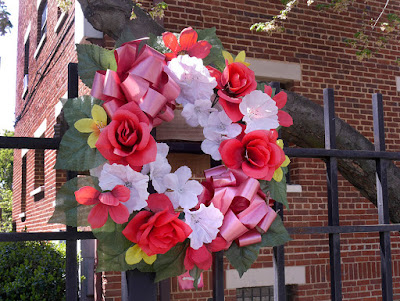 I was alerted to the presence of this shrine to the memory of Mr. Patterson, by my friend and resident of the neighborhood, Craig Byynes. Thank you Craig.

And blessings on the community and the circle of Mr. Patterson's friends and family. 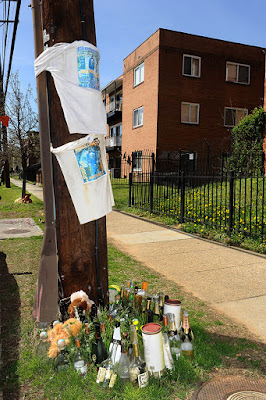 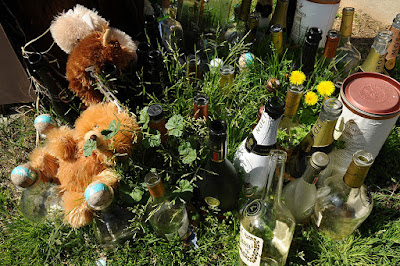 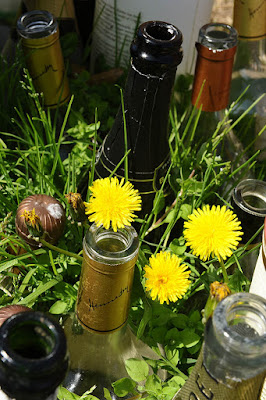 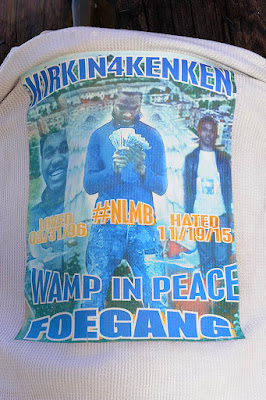 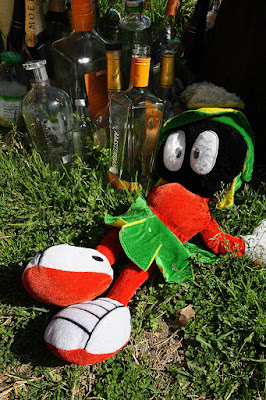 May there be peace in the 'hood.
Posted by Lloyd at 3:07 PM 0 comments 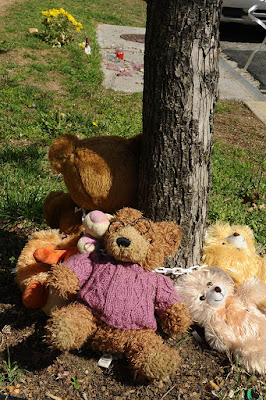 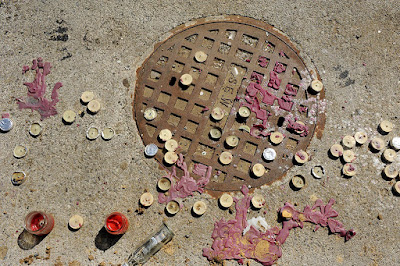 While searching for a possible memorial to Gilbert Hall III, who, according to a Prince Georges County police report, was slain in the 300 block of Addison Road South in Capitol Heights MD on January 30, 2016. I found this remnant of a previously built and maintained shrine. It may be for Eddie Ross, who lost his life here in 2011. The site adjoins a busy Metro station. There have been several other fatal losses in this block over the years. 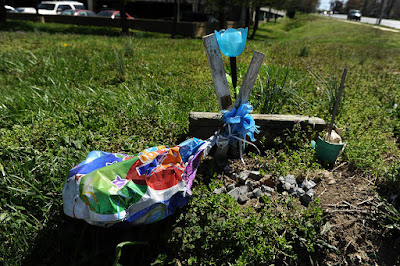 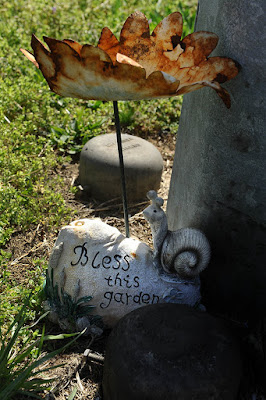 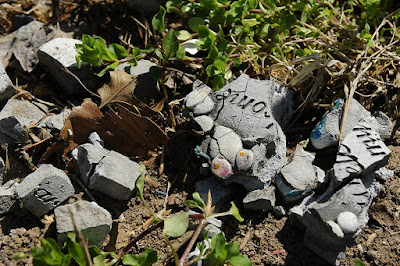 This possible shrine is in the 600 block of 51st St SE, Washington DC. There have been several homicides in this area over the years, but I was unable to ascertain who, if anyone, this colorful structure calls to memory. 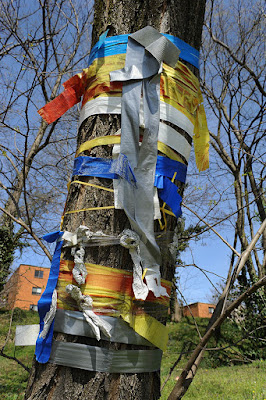 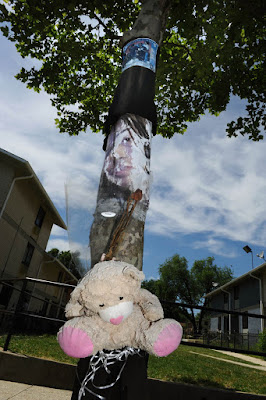 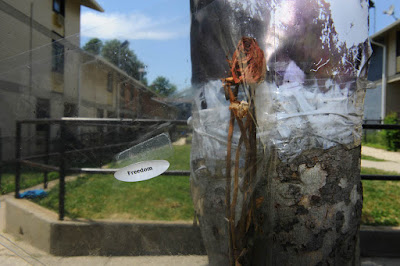 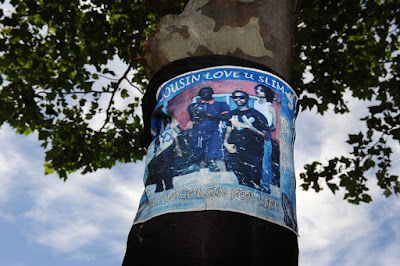 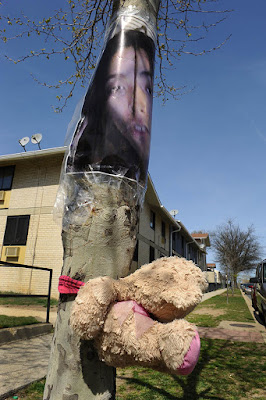 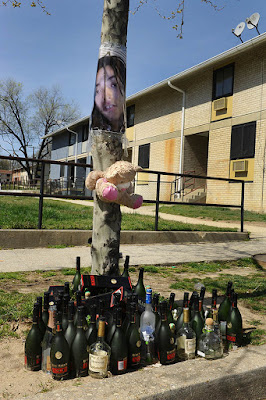 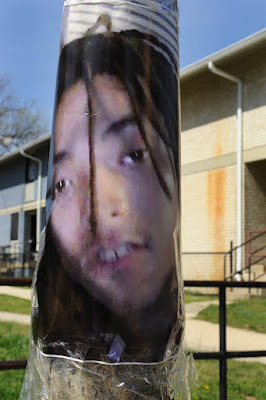 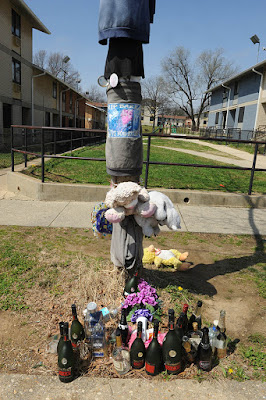 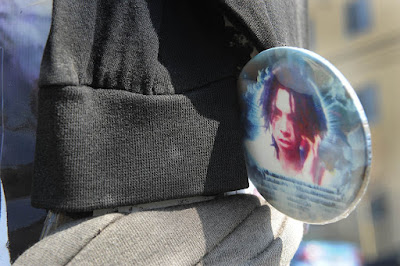