A cross and bears for Eddie Ross 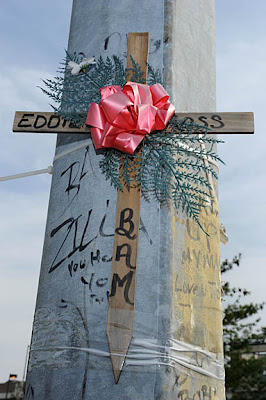 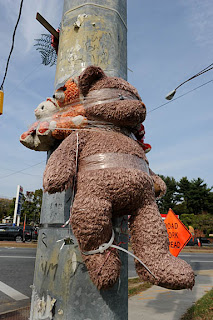 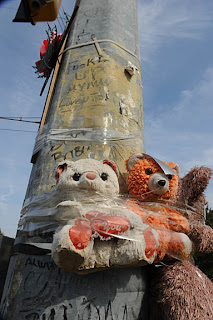 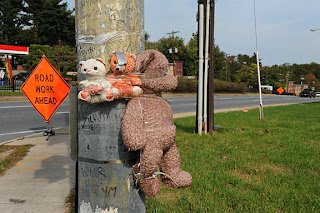 This memorial to Eddie Ross is immediately adjacent to the Addison Road Metro station in Seat Pleasant, Maryland.

From the Gazette newspaper: An unidentified adult driver is in police custody after striking and killing a Capitol Heights man in Seat Pleasant on Saturday morning, May 14, 2011.
Officers responded at about 4:40 a.m. to the intersection of Addison Road South and Central Avenue, where they found Eddie Ross, 34, of Capitol Heights, who had been struck by an 1998 four-door Oldsmobile.

The driver, a 34-year-old, turned him or herself into police.

Ross apparently had been crossing Addison Road but was not using the crosswalk. He was taken to Prince George's Hospital Center in Cheverly and was pronounced dead on arrival.

The incident was reported by a passing motorist who saw the man in the road.
Posted by Lloyd at 8:13 AM