I recently photographed Ms. Sabrina Moore, of Southeast Washington DC. She lost a relative, Dee, to homicide when she was a young girl.

She has a tattoo to him inked into her arm to remember and to honor. 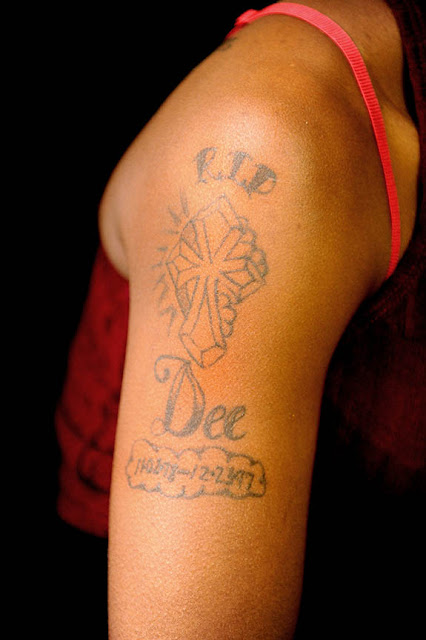 From a DC Police report: Detectives from the Metropolitan Police Department’s Homicide Branch are investigating a homicide which occurred in the 6400 block of 7th Street NW, Washington DC, on Sunday, September 6, 2015, at approximately 3:22 am. Members of the Fourth District responded for the report of a shooting and upon arrival, they located one adult male suffering from an apparent gunshot wound. DC Fire and EMS transported the victim, Uyer Barnard Hooper, 55, to an area hospital, where lifesaving efforts failed and he was pronounced dead. A second victim, an adult male, suffered a non-life threatening gunshot wound and was driven to an area hospital in a privately owned vehicle.

Shortly after the shooting on Sunday, September 6, 2015 at approximately 9:00 am, a suspect was developed and Dejuan Etheredge, 27, was arrested and charged with First Degree Murder While Armed.

Let us all say a prayer for justice and peace, and continue work to heal our wounded communities. 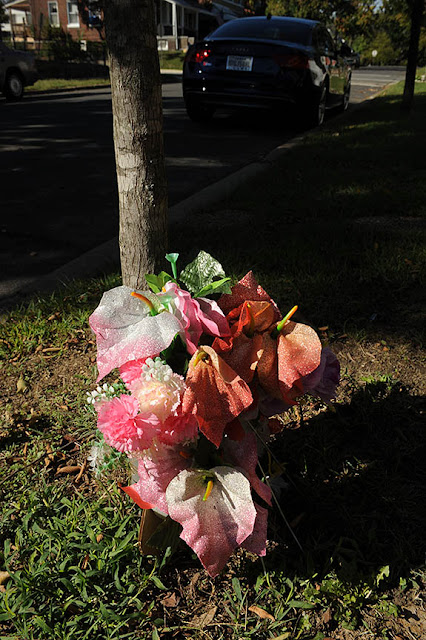 Shrine in the 1100 block of Stevens Road SE

It is likely for either Ernest Massenberg-Bey, Jr, who was slain in the adjacent block on September 28, 2015, or for Antonio Dean, who was murdered in another close-by block of Stevens Road on August 22, 2015.

In any case, may they both rest in peace. And peace to all in this embattled neighborhood.

From a DC police report: Members of the Seventh District responded to investigate the sounds of gunshots in the 1100 block of Eaton Road SE, Washington DC, on Monday, September 28, 2015 at approximately 7:34 pm. They located two adult male victims suffering from apparent gunshot wounds at the location. DC Fire and EMS transported both victims to area hospitals. One was admitted in critical condition while the other victim, identified as Ernest Massenberg-Bey, Jr., 21, after life-saving efforts failed, was pronounced dead.

Mr Dean's mother has confirmed that this memorial is to her son. RIP. 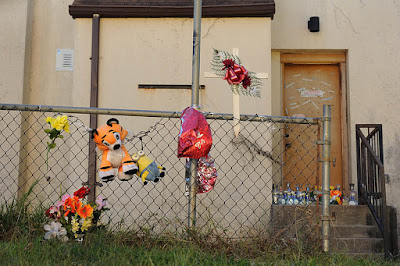 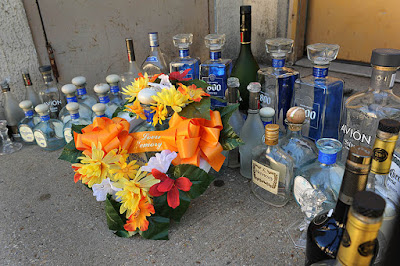 This shrine was still standing and being maintained on June 25, 2018. 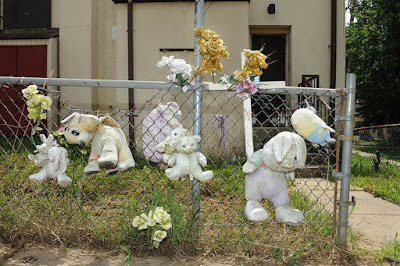 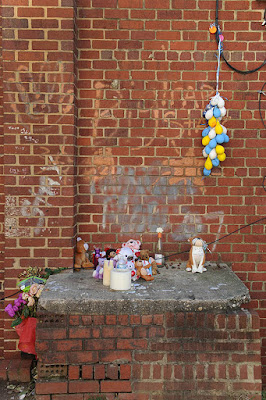 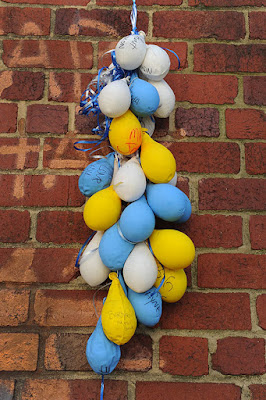 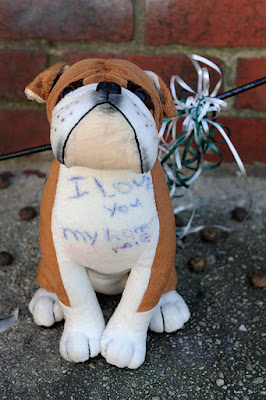 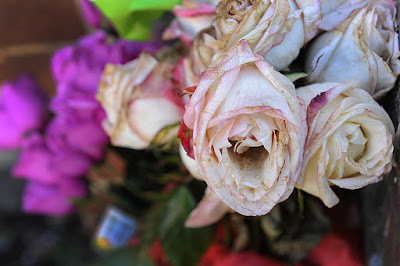 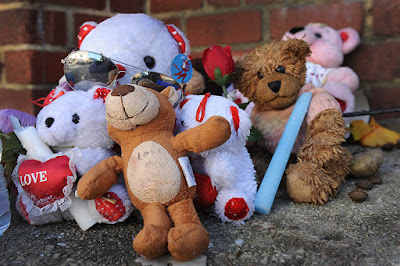 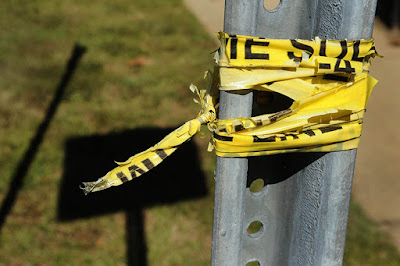 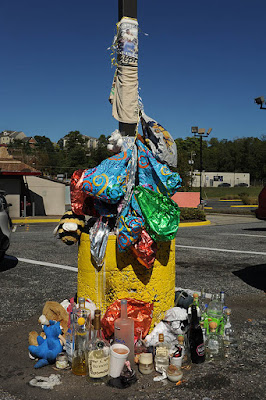 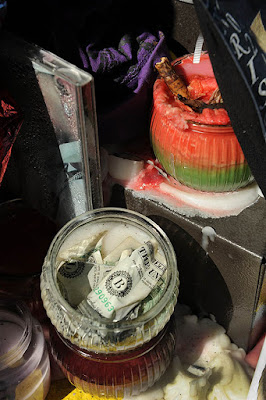 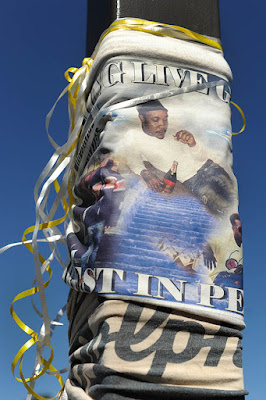 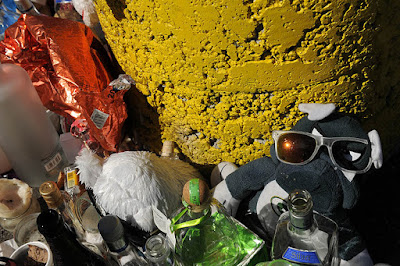 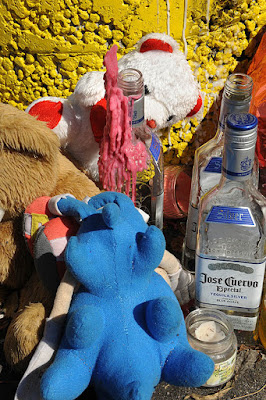 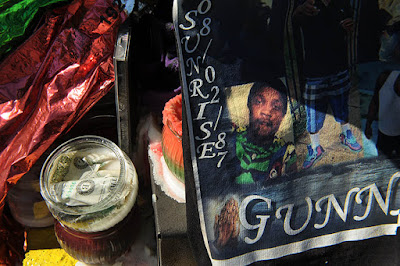 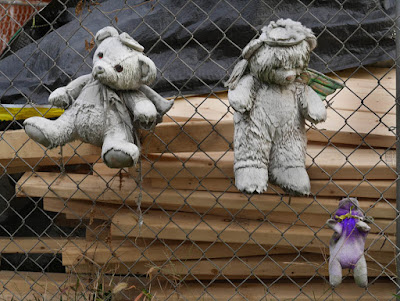 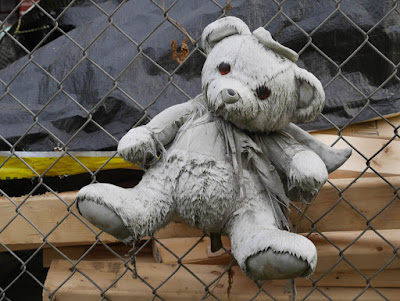