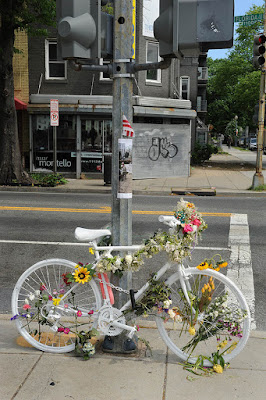 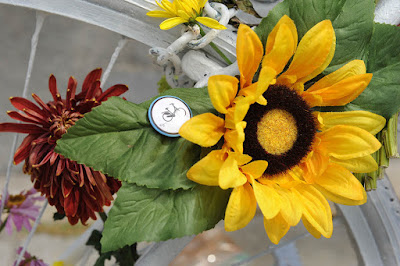 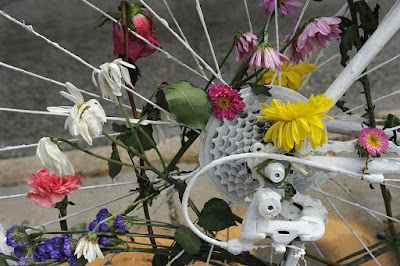 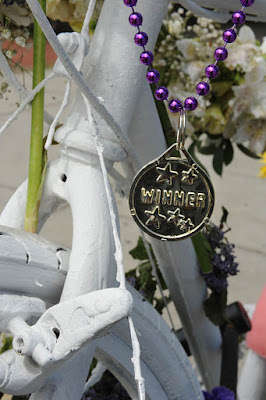 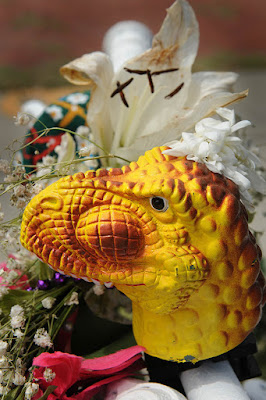 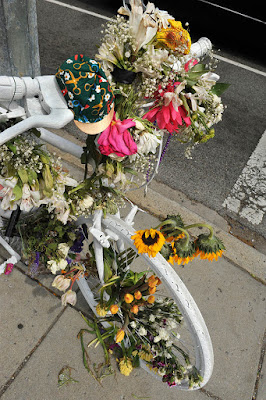 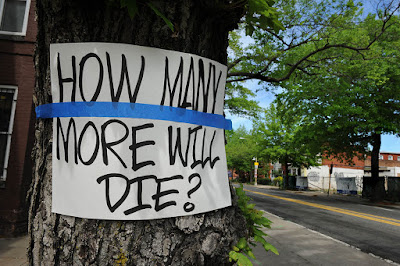 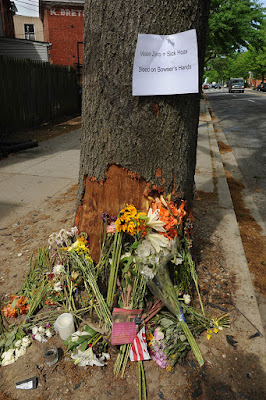 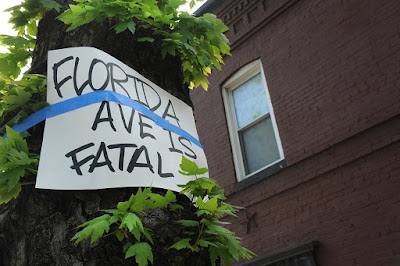 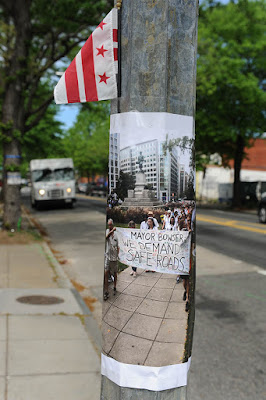 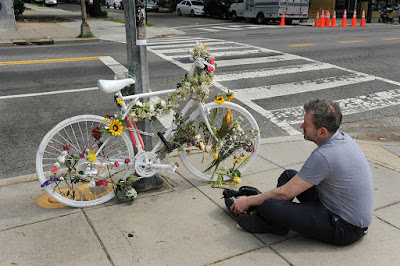 
Mr Salovesh was a leader in the local cycling community and was well loved and respected. I spoke to one of his friends at the shrine site. He came to pay his respects. He said "he was the best. He was so much better than most of us." There is a lot of material on his life and on the reaction to his death,  plus the the activism regarding safety undertaken by the local cycling community of which he was a part. See these two articles in the Washington Post. Article one here. Article two here.

Shrine at the site of a double homicide: Jobe McDowney and Desimon Richardson | 4900 block of Nash Street NE DC 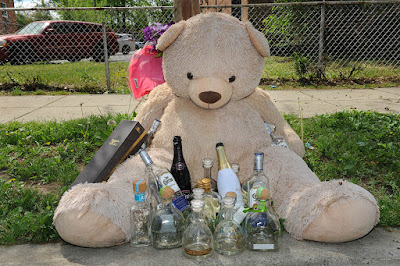 From a DC Police report: Detectives from the Metropolitan Police Department’s Homicide Branch are investigating a homicide that occurred on Thursday, April 4, 2019, in the 4900 block of Nash Street NE, Washington DC. At approximately 8:15 pm, members of the Sixth District responded for the report of the sounds of gunshots at the listed location. Upon arrival, officers located two adult males, inside the stairwell of a residential building, suffering from gunshot wounds. DC Fire and Emergency Medical Services arrived on the scene and found no signs consistent with life. An additional adult male victim was located in the 900 block of 44th Street, Northeast, suffering from a gunshot wound. The victim was transported to an area hospital for treatment of non-life threatening injuries. The decedents have been identified as Jobe McDowney, 23, of Southeast DC, and Desimon Richardson, 21, of Temple Hills, MD.
Posted by Lloyd at 9:33 PM 0 comments