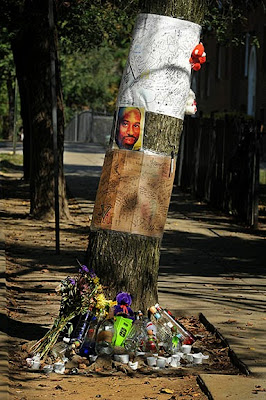 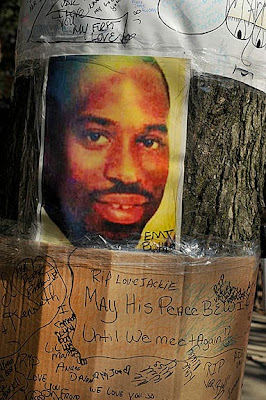 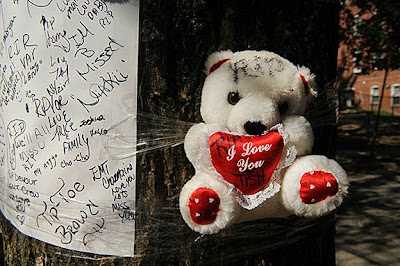 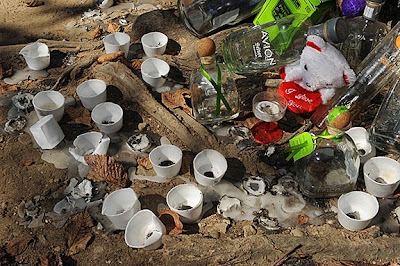 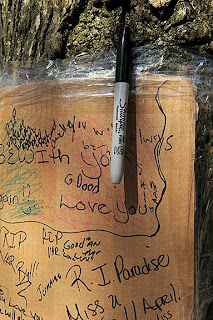 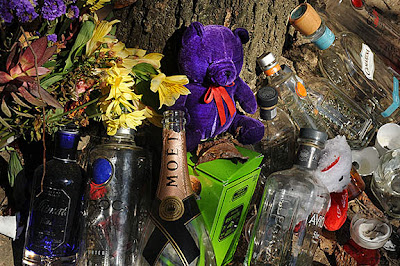 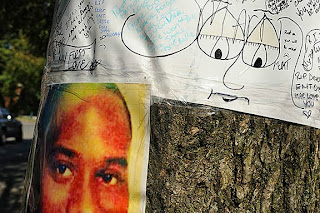 From HomicideWatch, quoting an as-yet unposted DC police report: On Saturday, September 28, 2013 at approximately 12:40 am, patrol officers from the Seventh District responded to the 3000 block of 30th Street SE, Washington DC, for the report of sounds of gunshots. Upon their arrival, they located an adult male suffering from apparent multiple gunshot wounds. DC Fire and EMS transported the victim, identified as Devar Battle, 24, to a local hospital where he was pronounced.

This memorial is in a neighborhood that has seen many street shrines built for victims of local violence in recent years.

A prayer for peace.

This shrine was added to. Here are some additional images. 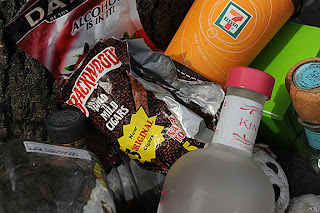 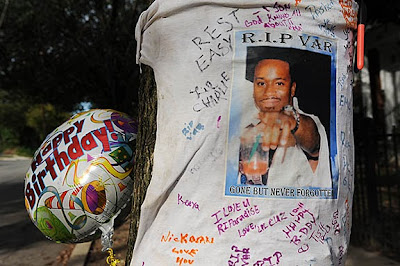 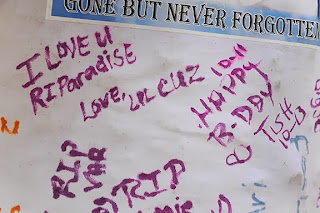 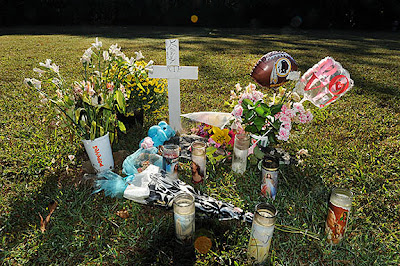 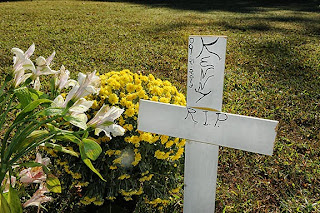 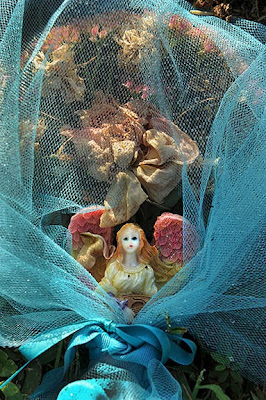 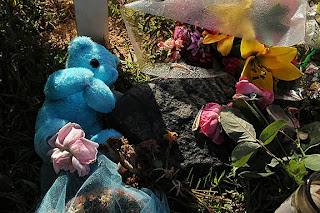 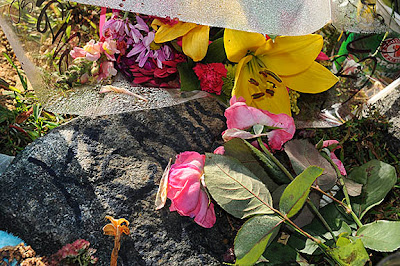 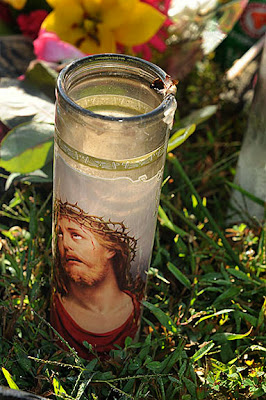 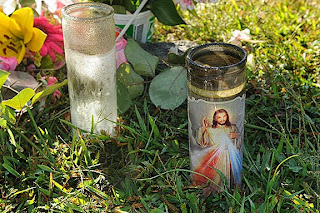 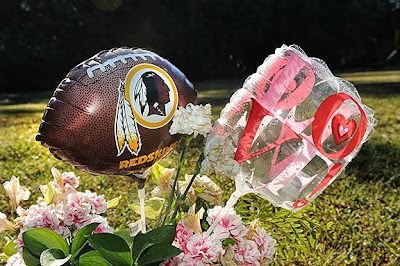 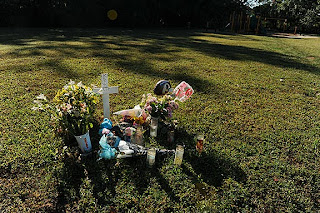 From BullRunNow: On September 21, 2013 at 3:15 PM, police responded to Marumsco Acre Lake Park located at 14398 Melbourne Avenue in Woodbridge for a stabbing. Caller reported to police that a man was found in the park bleeding from an apparent stab wound to his stomach. The victim, identified as Kenny Joseph Diaz, 18, was transported to an area hospital where he died. This is Prince William County’s 4th homicide of 2013.
On September 23rd, detectives from the Violent Crimes Bureau made multiple arrests in the murder of Kenny Diaz. During the investigation, detectives discovered that the stabbing was connected to an unreported armed robbery committed against a friend of Diaz. The investigation into the robbery revealed that the suspect, Diandra Samuels, robbed the friend of Diaz of an undisclosed amount of currency. Upon learning of the robbery, Diaz and other acquaintances planned to confront Samuels. During that encounter, multiple acquaintances of Samuels were also present. One of those acquaintances, Dominic Smith, assaulted one of the other parties with a handgun which was taken from one of the acquaintances who accompanied Diaz. This caused the group to disperse and flee on foot. Diaz was not able to get away and was subsequently assaulted by Samuels and forced into a vehicle by Samuels and other acquaintances and driven to the park where he was stabbed and killed by Samuels.

Detectives worked extensively on this case and were able to identify all of the parties involved.These encounters were not random and stemmed from drug dealings.

On September 24th, 2013, members of the U.S. Marshal’s Fugitive Task Force located and arrested two additional suspects involved in the murder of Kenny Diaz. Both suspects were arrested without incident. Ariel Juanita Adams, 19,  and Gibreal Jama Guled, 32, of no fixed address were charged with abduction.

This shrine is on a pathway very near the entrance to the park. Mr. Diaz was a high school student and a popular football player. May his family and community find justice and peace.

Much more information on this case is in the Washington Post.