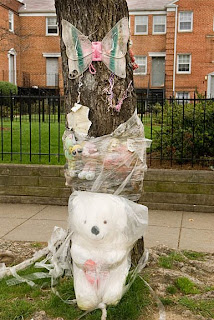 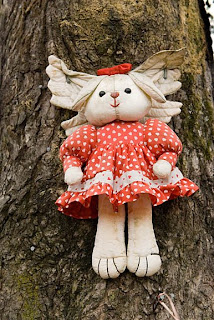 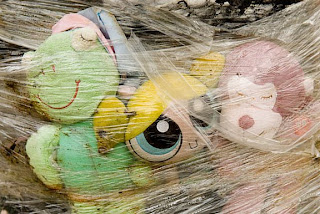 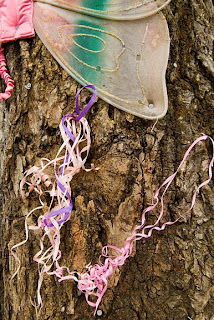 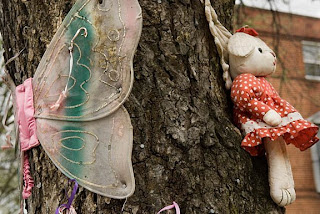 According to a neighbor I spoke with, Mr. Raymond Wells, Angel was killed by a bus the day she moved to her new apartment. He said she was a very pretty young woman, about 20 years old. The posted sign for her funeral service is dated for Feb. 24, 2007, so this shrine is already over a year old. No liquor bottles... Angel wings on the tree.
Mr. Wells, a local handyman and artist, told me that he was often troubled by recurring nightmares, in which he passes by teddy bears and balloons on every single tree on the neighborhood's streets.
Posted by Lloyd at 1:28 PM 0 comments