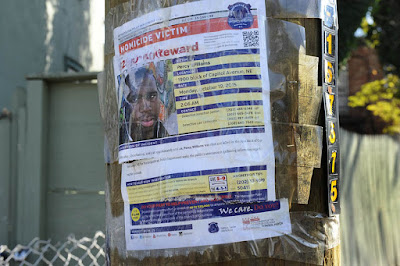 From a DC police report: Detectives from the Metropolitan Police Department’s Homicide Branch are investigating a homicide which occurred in the 1900 block of Capitol Avenue NE, Washington DC, on Monday October 19, 2015, at approximately 2:06 am. Members of the Fifth District responded to a call for sounds of gunshots. Upon their arrival, they found an adult male suffering from an apparent gunshot wound. DC Fire and EMS transported the victim to an area hospital, where he succumbed to his injury and was pronounced dead. The decedent has been identified as Percy Williams, 20.

This neighborhood is challenged in many ways. Peace and hope are sorely needed.