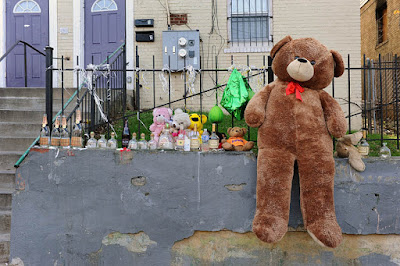 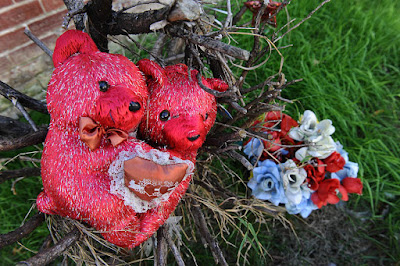 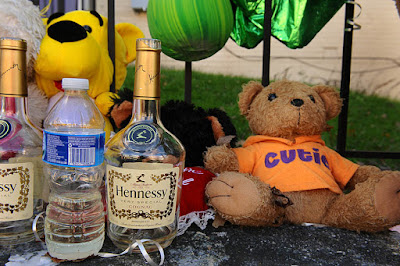 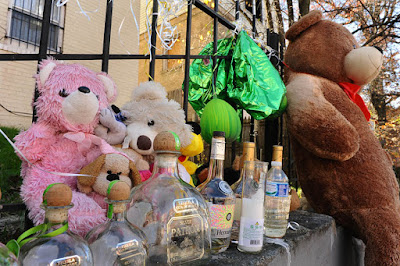 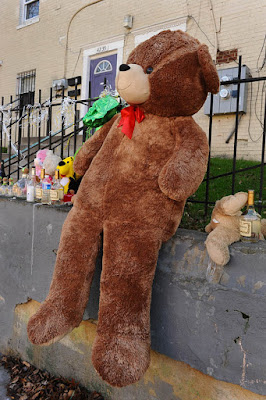 From a DC police report: Detectives from the Metropolitan Police Department’s Homicide Branch are investigating a homicide which occurred in the 600 block of 42nd Street NE, Washington DC, on Tuesday, October 6, 2015, at approximately 11:42 am. Members of the Sixth District were directed to an adult male suffering from an apparent gunshot wound. DC Fire and EMS transported the victim to an area hospital, where the victim succumbed to his injury and was pronounced dead. The decedent has been identified as Muhammad Washington, 20.

These two shrines were erected a block away from the address reported for the shooting. Both are in the 4200 block of Edson Street NE.