From a DC police report: Detectives from the Metropolitan Police Department’s Homicide Branch are investigating a homicide that resulted from a shooting that occurred in the 1900 block of Bennett Place NE, Washington DC, on Thursday, December 10, 2015, at approximately 1:37 pm. Members of the Fifth District responded to a call for a shooting. Upon arrival, they located an adult male suffering from multiple gunshot wounds. The victim was transported to a local hospital for treatment where on Thursday, December 17, 2015, the victim, identified as Charles Mayo, 53, succumbed to his injuries and was pronounced dead.

This somewhat unusual memorial creation to Mr. Mayo is in what had been a reasonably quiet neighborhood in the past. Unfortunately, there have been three homicides within a two block area in the recent months. 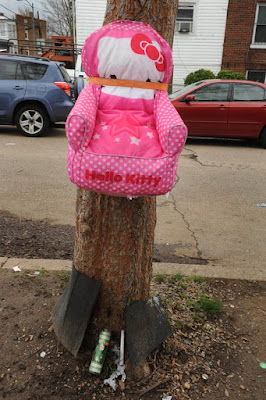 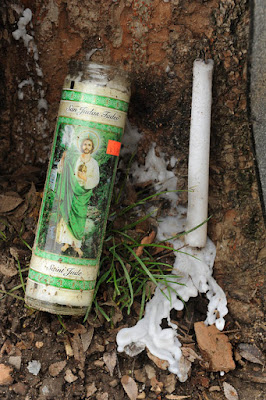 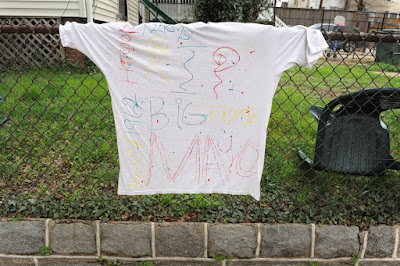 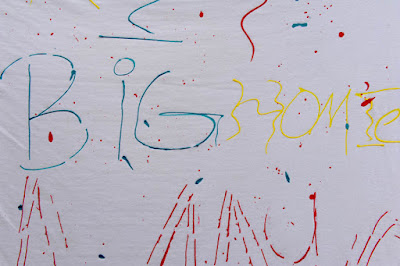 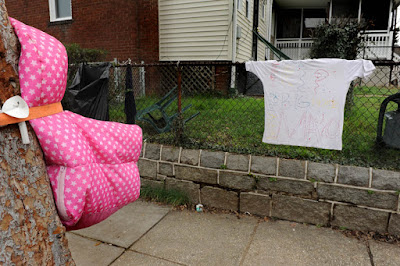 Peace and justice needed.
Posted by Lloyd at 12:04 PM