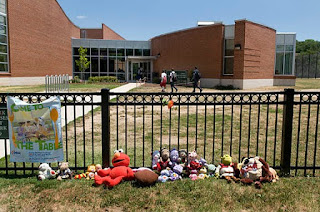 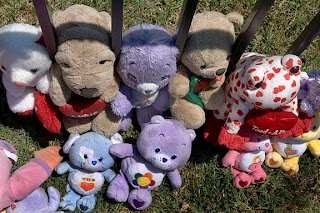 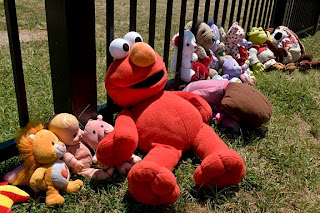 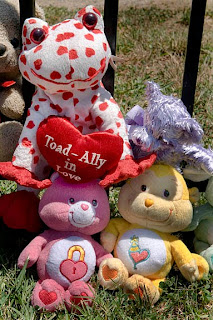 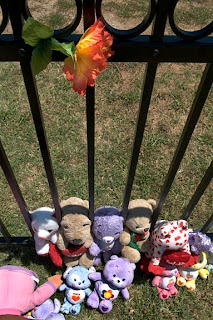 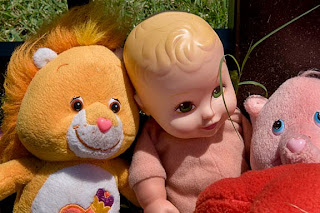 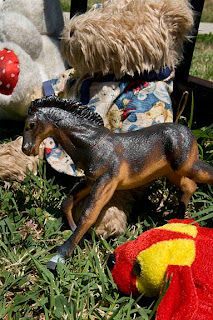 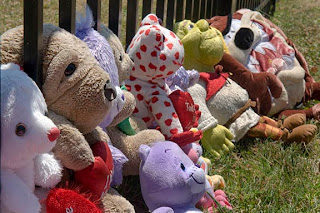 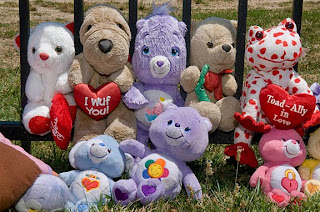 This tender shrine to Yiana-Michelle Ballard, 6, is at the entrance to the Turkey Thicket Recreation Center NE.

From DC police reports:
At approximately 2:19 pm on Wednesday, June 23, 2010, Fifth District Officers and DC Fire and Emergency Medical Personnel responded to the Turkey Thicket Recreation Center at 1100 Michigan Avenue NE, Washington DC, for the report of an unconscious child in the deep end of a pool.
The child was transported to an area hospital where she was admitted in critical condition. She was subsequently pronounced dead.
The child in this case has been identified as Yiana-Michelle Ballard, 6, of NE Washington, DC.

From news reports:
Police said Thursday that their special-victims unit was still investigating the circumstances of the death. Autopsy results were pending.

“This should have never happened,” said D.C. Council member Harry Thomas Jr. (D-Ward 5), who chairs the Committee on Libraries, Parks and Recreation. Thomas plans to hold hearings next week to examine whether the city’s pools are safe. Some parents of children who frequent the center’s camps and other programs said the incident was troubling, especially because at least one lifeguard was there at the time.

Friends and neighbors said Yiana-Michelle was “loving” and a “little angel” who was the youngest of six and about to start first grade.

“She was loved by many people,” said family friend Arnisha Caldwell.

Wings and prayers for this young angel.
Posted by Lloyd at 8:38 AM