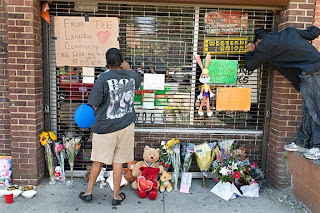 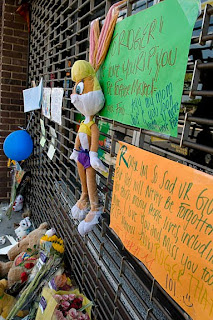 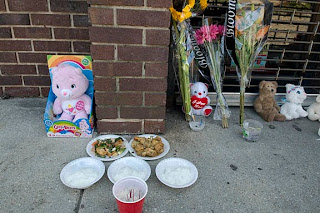 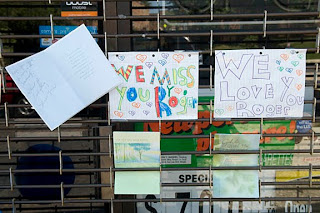 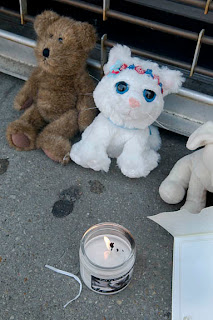 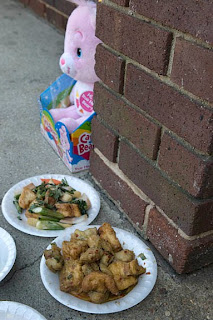 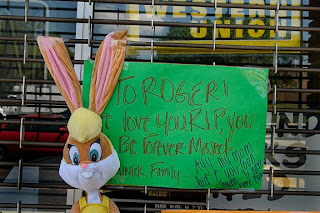 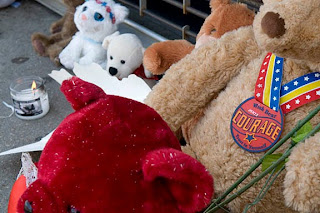 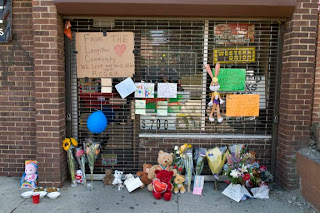 This memorial was built by the community and neighbors of Prabhjot "Roger" Singh, in the front of his check-cashing store in the 2500 block of Benning Road NE, Washington DC.

Singh, 30, was shot and killed, and his father, known as "Pops" in the community, was severely beaten during a robbery attempt about 10:45 am Thursday June 17, 2010. Mr. Singh was a relative of the store's owner. Two men were seen fleeing the area; one may have had a mask.

People I spoke to at the shrine site were very upset. Mr. Singh was beloved to them, and they said helped them out, was friendly, kind, and respectful.
Posted by Lloyd at 11:00 PM