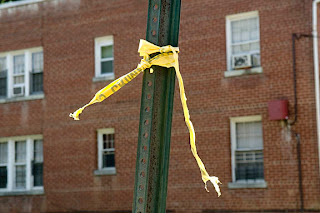 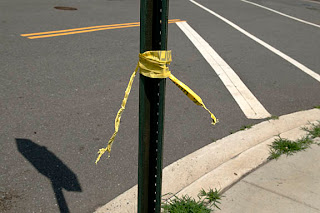 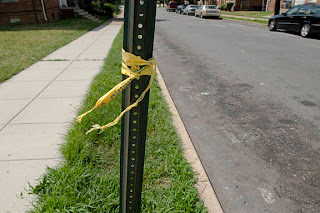 from DC Police reports:
On Saturday, July 3, 2010 at approximately 4:20 PM, units from the Sixth District responded to the 3000 block of Nelson Place SE, Washington, DC, to investigate the report of a shooting. Upon arriving on the scene officers found the victim suffering from gunshot wounds. The victim, John Hamer Pernell, 66, was transported to an area hospital where he was pronounced dead.

I found nothing else at the site besides police crime scene tape marking the tragedy of his last moments.
Posted by Lloyd at 9:42 AM