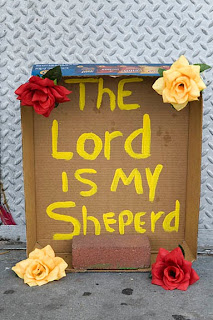 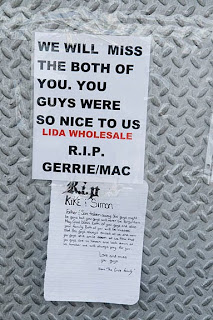 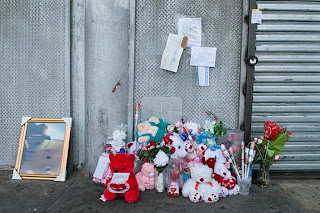 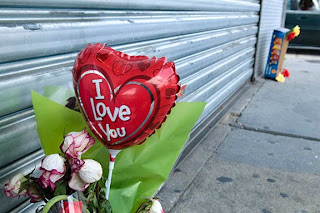 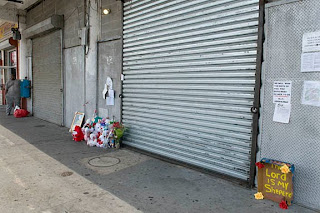 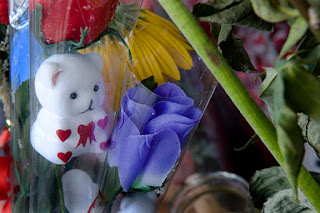 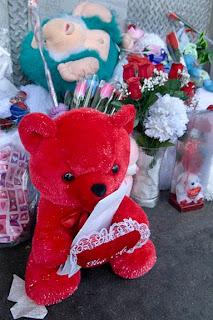 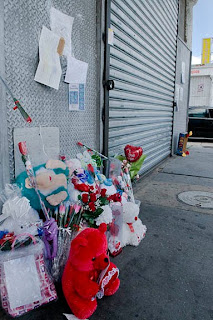 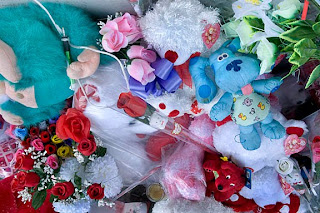 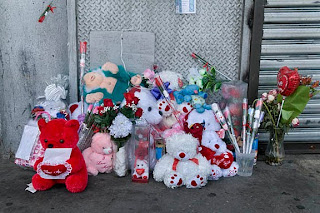 This shrine to father and son, Ming-Kun Chih and Li-Jen Chih, was erected in front of their now-shuttered store in the busy food and souvenir wholesaling district between New York and Florida Avenues NE. Numerous people commented to me what fine nd well-loved people they had been, and how sad that they had died because a desperate person wanted their earnings - and took their lives also. It is a busy and diverse area, with many small family businesses, and the loss has affected the community greatly.

From DC police reports:
On Wednesday, June 23, 2010, at approximately 3:05 pm, Fifth District Officers responded to the 1200 Block of 5th Street, NE, to investigate the report of a shooting. When police arrived, they found two victims suffering from gunshot wounds. One victim died at the scene. The other victim was transported to an area hospital where he later succumbed to his injuries.
The apparent motive in this case is robbery of the establishment.
The victim who died at the scene was Li-Jen Chih, 32, of NW Washington, DC. The victim who died at the hospital was Ming-Kun Chih, 59, of Silver Spring, Md.
The Capital Area Regional Fugitive Task Force arrested Christian Taylor, 25, of SW DC, charging him with two counts of First Degree Felony Murder While Armed in connection with the shooting deaths of the Chih's.
Posted by Lloyd at 8:17 AM