Shrine in honor of Joshua Hopkins 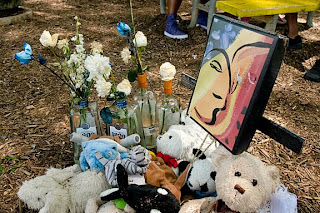 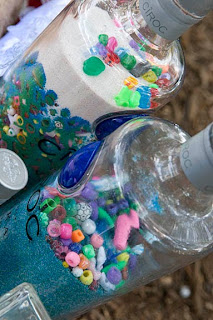 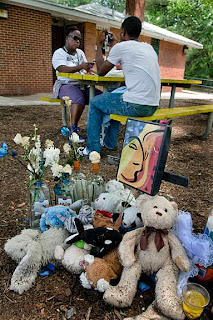 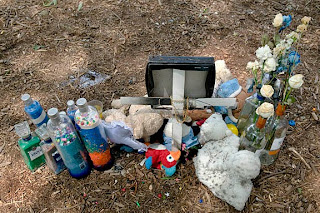 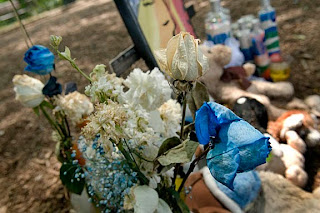 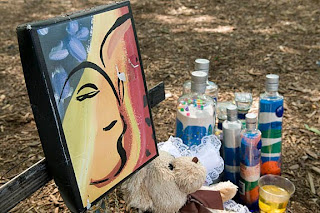 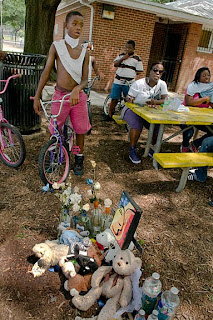 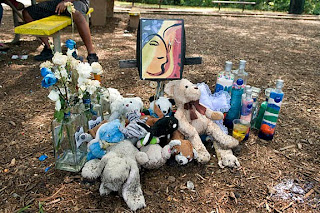 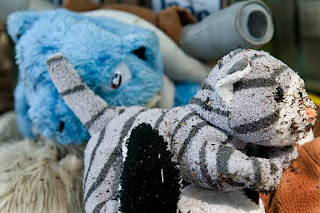 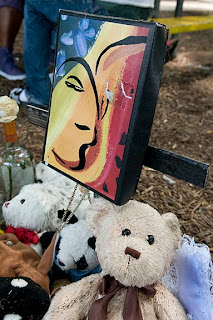 From DC Police reports:
On Saturday, July 3, 2010, at approximately 12:10 AM, officers from the Sixth District were dispatched to the 6100 block of Banks Place, NE, Washington DC, for the report of a shooting. Upon arrival, they located the victim lying on the ground suffering from an apparent gunshot wound. The victim, Joshua Hopkins, 19, was transported to an area hospital, where succumbed to his injuries on Sunday, July 4, 2010, at approximately 1:16 am.
On Friday, July 9, 2010, at 6:00 pm, members of the Homicide Branch and the Capitol Area Regional Fugitive Task Force arrested Antoine Sadique Taylor, 29, of Fort Washington, Maryland, in the 4600 block of Minnesota Avenue, NE, pursuant to a DC Superior Court arrest warrant charging him with First Degree Murder while Armed.

A vigil was held Tuesday night at the spot where he was killed in memory of Joshua Hopkins, who friends say was a role model to the community.

The shooting happened at the Watkins Branch Recreation Center in northeast Washington. Hopkins, who was home on summer break from Fairmont State University, was playing basketball with some friends at the park.

Circumstances around the shooting are not fully clear, but friends and family say that Hopkins liked to joke around and that he may have said something that offended the suspect.

“He was doing very well in school, had overcome a lot of challenges to graduate from high school, enroll in college, intern on Capitol Hill,” Hopkins’ cousin, Lester Davis. “This was a young man who was an example to other young men and women in his neighborhood.”

Hopkins had interned with Congressman Chaka Fattah (D-Pa.), who called his death a "horrible tragedy, senseless as such violence will always be."

“Over the course of my time in Congress numerous interns have served admirably in my office, but none has stood out quite like Joshua Hopkins," Fattah said in a statement. "Josh was a responsible and eager young man always willing to assist the staff wherever and whenever possible. He was studious, purposeful and determined to do the hard work necessary to succeed in life. Josh was well on his way to fulfilling his dream of a college education. Unfortunately, his life was cut short much too soon by the violence that robs so many young people of their full potential."

Hopkins had overcome a lot. His mother was murdered when he was 5 months old. His mother’s sister raised him. But he thrived and was well respected. Memorials quickly sprung up at the park.
“The individual that did this, they didn’t just take a nameless, faceless individual,” Davis said. “They took someone from his family, from the community.”

And at the same time, there are still many unanswered questions.

“Why? Just for talking? You can’t even stand there and kid with people anymore?” said Artelious Hopkins, the woman who raised Joshua. “Where’s this society going? What are we accomplishing? Nothing. We’re not accomplishing one thing by killing each other.”
Posted by Lloyd at 10:16 AM

This is sooo sad. I was looking for a friend on Facebook and stumbled upon this young man's page. I immediately noticed all the loving comments in regards to his departure. I was touched and felt the urge to learn more. I Googled his name and found various articles. Can't believe that people are capable of these things. My condolences to the friends and family of this young man, who seems to have made quite the impact upon many lives. Rest in peace.