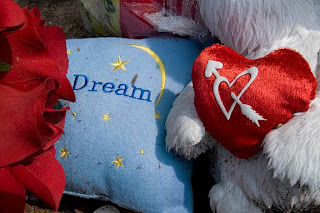 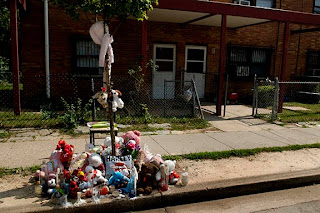 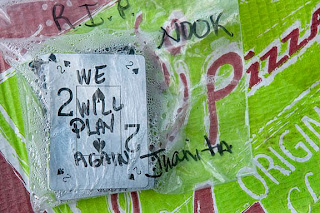 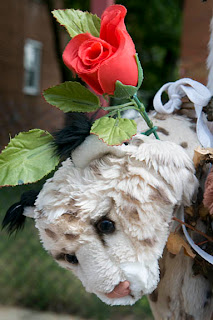 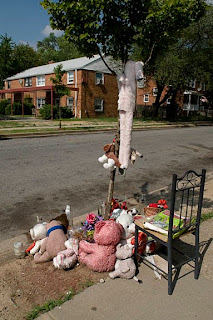 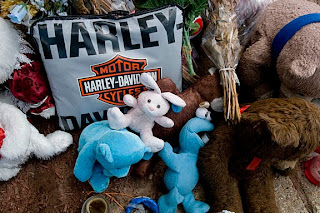 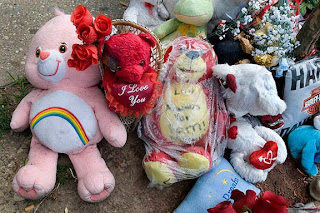 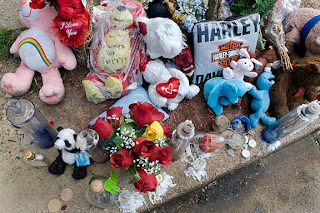 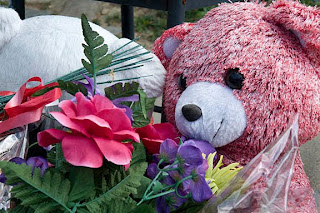 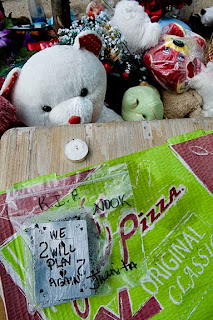 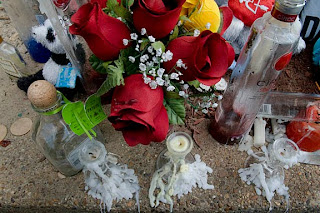 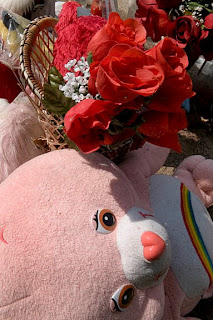 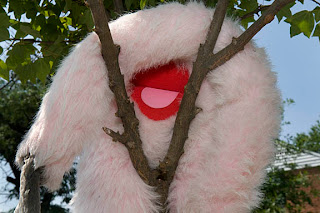 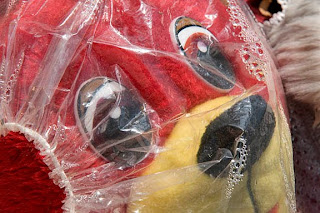 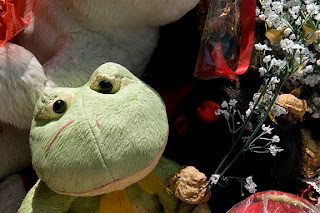 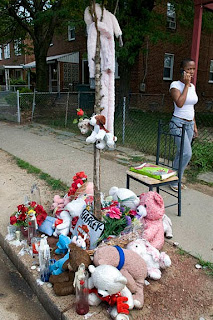 On Friday, June 18, 2010, at approximately 10:20 PM, officers of the Metropolitan Police Department’s Seventh District were dispatched to the 800 block of Yuma Street SE, Washington DC, to investigate the report of a shooting. Officers found three people suffering from gunshot wounds. DC Fire and Emergency Medical Services personnel transported the victims to area hospitals.
Subsequently, one of the shooting victims, Cornell K. Yates, 36, of Clinton, Maryland, succumbed to his injuries and was pronounced dead. The other two victims’ wounds are not life threatening and their identities are not being released because they are witnesses.

I have photographed several shrines with a few block radius of this site, in the Condon Terrace neighborhood of Southeast DC. It can be a tough place to live; tougher place to die.