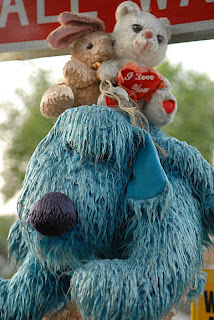 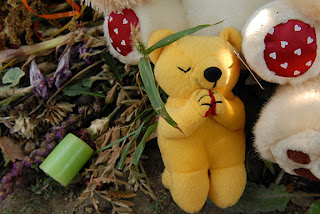 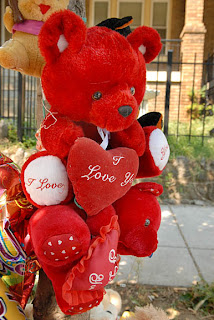 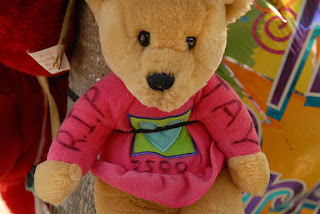 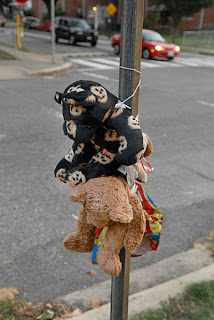 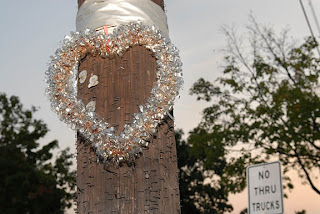 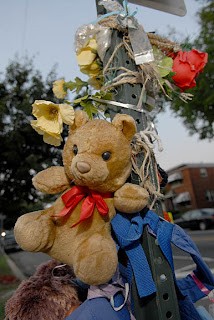 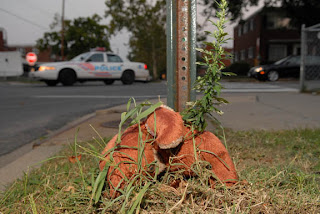 One, in memory of a young man named Tayon, is in the 1400 block of Girard St NW.

There are five shrines, one on each of the four corners of Sargent and Emerson streets NE, with an additional one (the heart wreath) on a nearby utility pole.

Thanks to Eve Hennessa and videographer Daryl for passing these sites along for me to document.

Tears and teddy-bear beauty. A multitude of issues.

I was looking for a possible shrine to Michael Dwayne Parker, 31, who was shot in front of a building in the 1400 block of Girard Street NW on August 2, 2009. I found no shrine to him on this street.

While on this block of Girard Street, I visited the shrine of Tayon Glover (originally erected in summer 2007).
It is being kept current, with these recently placed flowers & notes.

His people must really have cared for him. 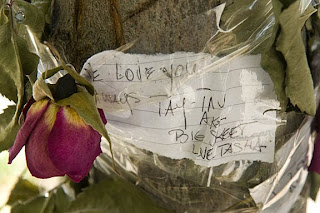