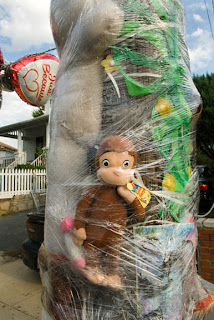 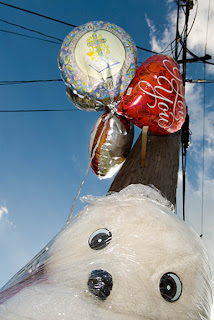 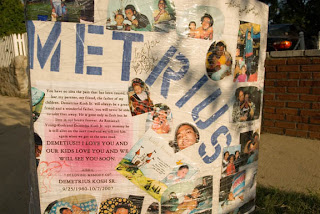 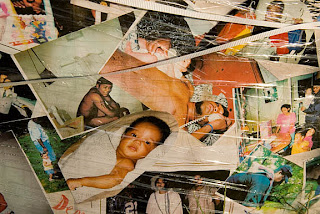 From a Prince Georges's County (MD) Police report: "On October 7, 2007, at approximately 2:06 a.m., officers responded to the 3800 block of Quincy Street for a report of a shooting. Upon arrival, officers located the victims, 26 year old Bernard Brooks Jr. of the 3700 block of 36th St. and 27 year old Demetrius Dontae Kosh of the 2300 block of Brightseat Rd, suffering from multiple gunshot wounds. Both victims were transported to a local hospital where they were pronounced dead a short time later.

Detectives learned that the victims were sitting in a black Cadillac when they were approached by the suspect (s) and fatally shot. Investigators are working on developing a motive and suspect information."

Demetrius Kosh Sr. left behind a wife and children.

I learned of this shrine from photographer Charles Steck, who lives nearby.
http://steckphotography.com
Posted by Lloyd at 12:36 PM

i miss you dog yhis damien

i miss you dog so much i think about yall everyday