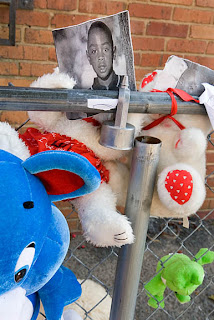 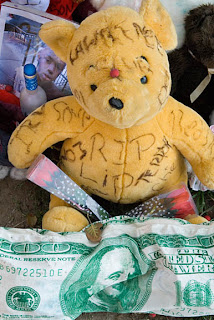 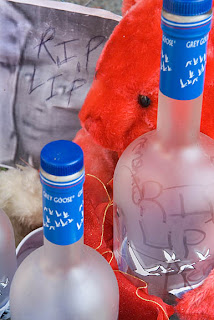 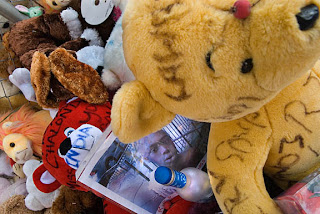 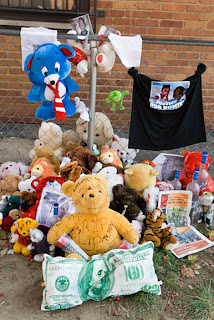 This one got to me.

DeOnte' Rawlings, 14 years old, was shot and killed last week by an off-duty Washington, DC police officer, James Haskel. DeOnte' allegedly had stolen Mr. Haskel's personal minibike, and fired a gun at the officer's car when confronted. Haskel repeatedly returned fire, killing the boy. Witnesses gave a variety of contradictory reports. There is a bullet hole in Officer Haskel's vehicle, but DeOnte's alleged weapon has not been found as of yet.

To say the least, the neighborhood was upset. The officer is on leave, and DC Mayor Fenty and Police Chief Lanier are promising a thorough investigation.

This shrine, in the alley where DeOnte' was killed, is no more than fifty yards from the shrine for little Destiny Walker. Condon Terrace is a very rough place to live... or die.

After a quiet conversation about the recent sad events, I wished peace to the women whose home is next to the shrine.
Posted by Lloyd at 12:36 PM

I Love you very much, watch over us babyboy you are my angel