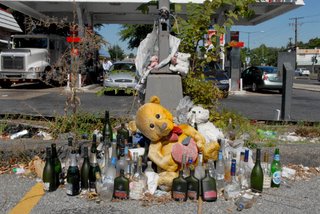 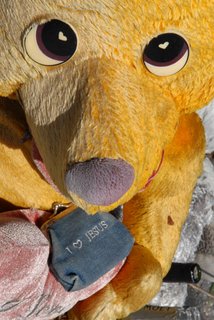 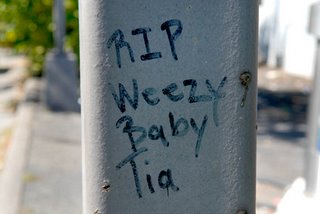 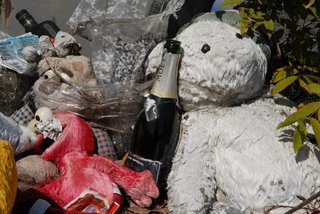 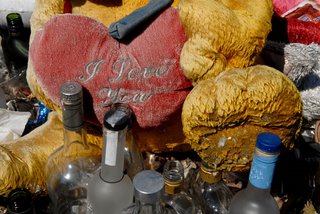 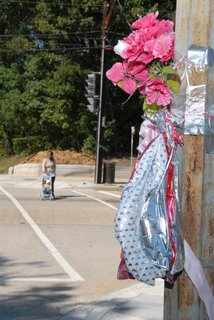 I recently stumbled into two more shrines for people murdered in Washington. These were both in Southeast, just a few blocks apart.

The larger one, in the parking lot of a Popeye's fast food joint, is for "Little Weezy"- whose real name was Wayne. One of his friends, D'angelo, told me that they would sit there and drink to Weezy's memory for many months and leave the bottles in his honor. The DC Public Works Department had a sign posted that it was slated for removal soon. The other small shrine, right next to an elementary school, was for a woman killed in a carjacking. She was an innocent victim, as apparently was Weezy. I know nothing else about her.

Neighbors told me both shrines are about two years old.