From a Prince George's County Police report: The Prince George’s County Police Department is investigating a homicide in Capitol Heights, Maryland. The victim is Reginald Bernard Brown III, 18.
On May 12, 2015, at about 11:15 pm, patrol officers were called to the 4700 block of Pard Road in Capitol Heights for the report of a shooting. When they arrived, they found Brown and four other men suffering from gunshot wounds. Brown died of his injuries a short time later at a hospital. The other victims suffered non-life threatening injuries. The preliminary investigation reveals the victims were in front of a home when they were shot.


There are two shrines constructed by friends and family at the site of this sad shooting. I spoke to a neighbor about the situation. I pray for peace and justice for all concerned. 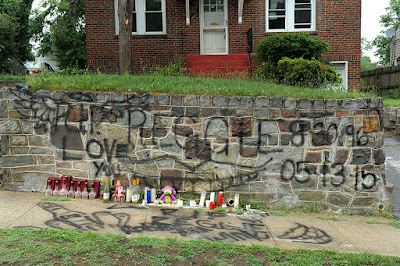 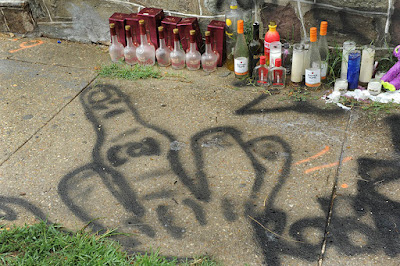 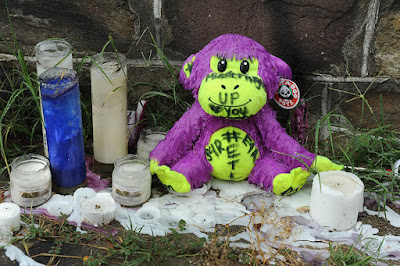 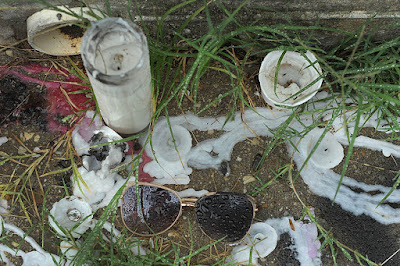 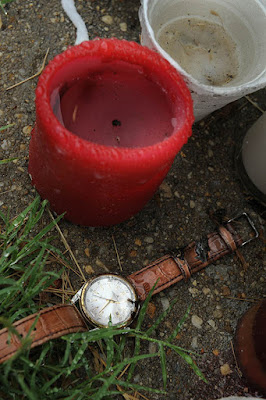 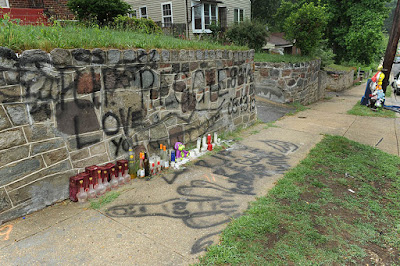 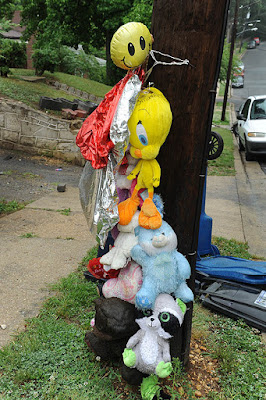 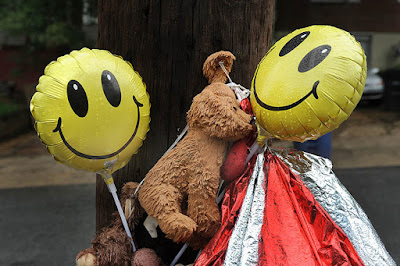 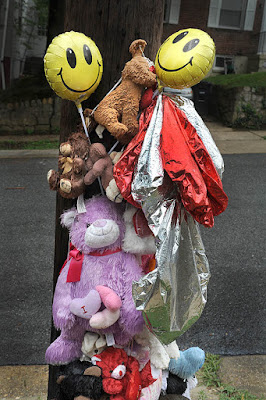 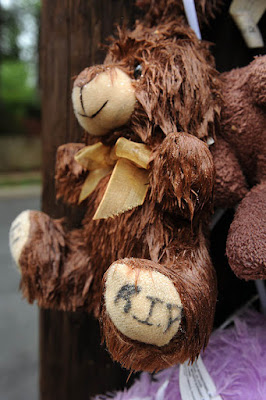