From a DC police report: Detectives from the Metropolitan Police Department’s Homicide Branch are investigating a homicide that occurred on Wednesday, June 17, 2015, at approximately 8:40 pm. Members of the Sixth District received a call for the report of a shooting in the 3300 block of D Street SE, Washington DC.  Upon arrival, they located an adult male, unconscious, unresponsive, and suffering from apparent gunshot wounds. The decedent, identified as Antonio Lee Bryant, 28, was later transported to the Office of the Chief Medical Examiner.

I found this graceful street memorial in a shady place on the quiet street where Mr. Bryant lost his life. 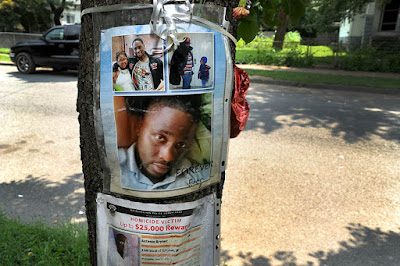 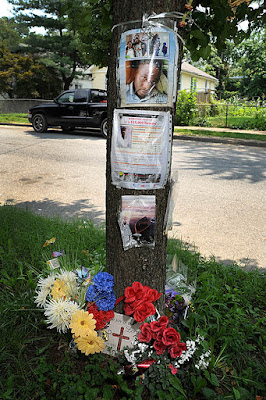 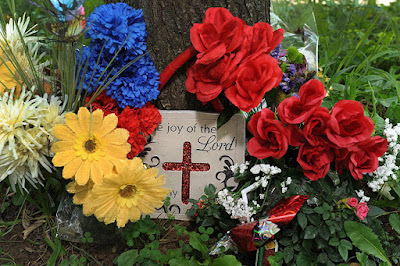 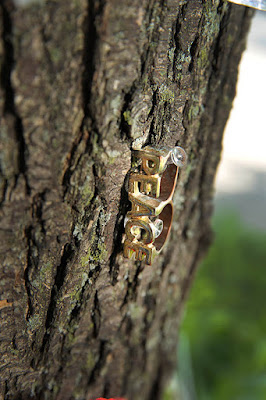 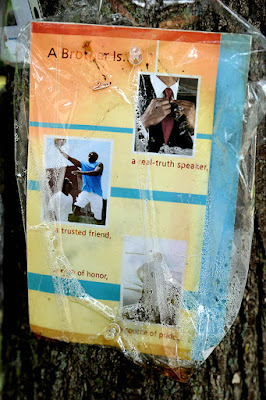 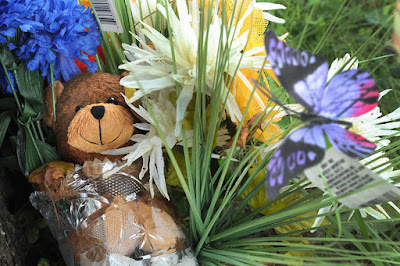