From a DC police report: Detectives from the Metropolitan Police Department’s Homicide Branch are investigating a homicide that occurred on Wednesday, June 17, 2015, at approximately 12:13 am. Members of the Fifth District responded to the report of the sounds of gunshots in the 1300 block of Orren Street NE, Washington DC. Upon arrival, they located an adult male suffering from apparent gunshot wounds. DC Fire and EMS transported the victim to a local hospital where he succumbed to his injuries and was pronounced dead. The decedent has been identified as Larry Michael Lockhart, 26.

I spoke extensively with a neighbor, who testified that Mr. Lockhart was a positive young man, who had a couple of young children who are now bereft of their father's love and care.

This shrine to him is in the Trinidad/Ivy City neighborhood. 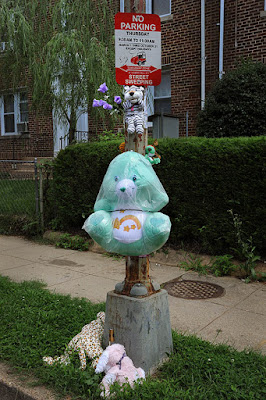 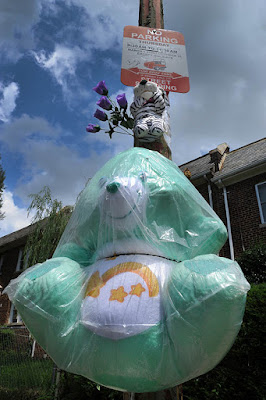 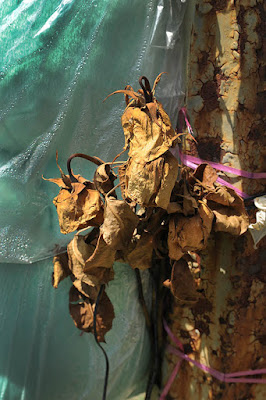 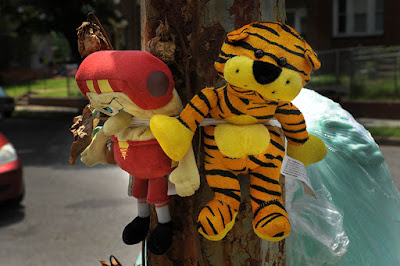 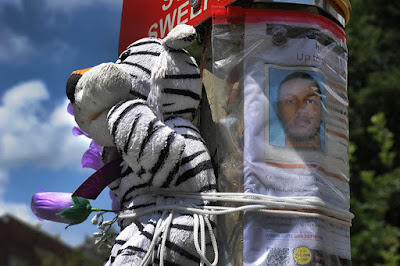 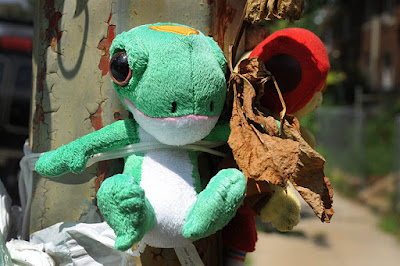