From a DC police report: On Wednesday, May 13, 2015, at approximately 6:39 pm., members of the Seventh District received a call for the report of a shooting in the 4300 block Wheeler Rd SE, Washington DC.  Upon arrival to the scene, officers located an adult female, unresponsive and suffering from stab wounds.  The decedent, identified as Darlene Marie Bryant. 46, was later transported to the Office of the Chief Medical Examiner.

A neighbor told me that the late Ms. Bryant lived directly across the street from where this shrine has been erected in her memory. 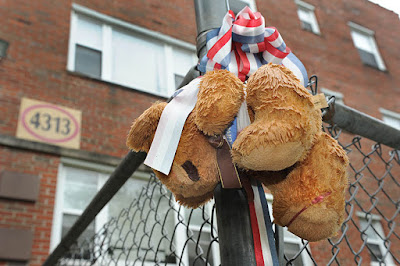 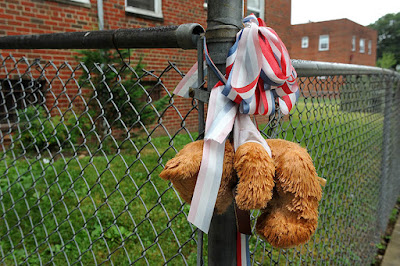