From a DC Police report: Detectives from the Metropolitan Police Department’s Homicide Branch are investigating a fatal shooting that occurred on Saturday, December 8, 2018, in the 5100 block of H Street SE, Washington DC. At approximately 12:18 am, members of the Sixth District responded to the listed location for the sounds of gunshots. Moments later, Sixth District units were dispatched to Pennsylvania Avenue and Southern Avenue for the report of a motor vehicle accident. Upon arrival, members located an adult male suffering from multiple gunshot wounds. DC Fire and Emergency Medical Services responded to the scene and determined the victim displayed no signs consistent with life. The decedent, identified as Jacob Jones, 32, of Southeast DC, was transported to the Office of the Chief Medical Examiner where an autopsy was performed. As a result, the cause of death was determined to be multiple gunshot wounds. The manner of death was ruled a homicide.

I spoke with his Mr. Jones' father (holding the button) and some neighbors at this large and visually vibrant memorial. His nickname was "Snakey," (which is why there were several toy snakes on the site) and according to a young observant Muslim woman who knew him and his family well, he was a positive person who didn't bother others, and will be missed. 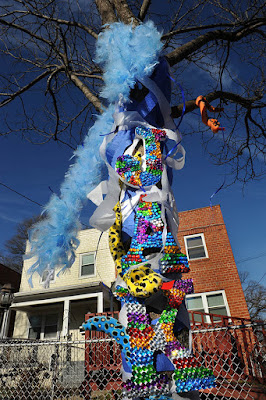 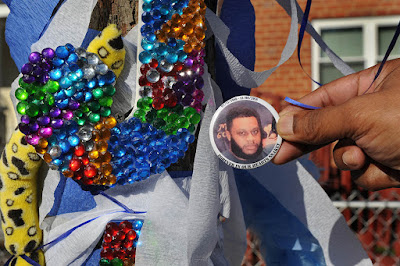 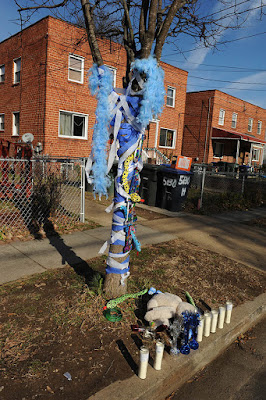 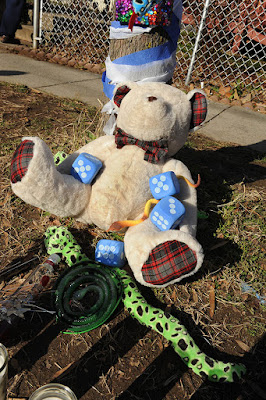 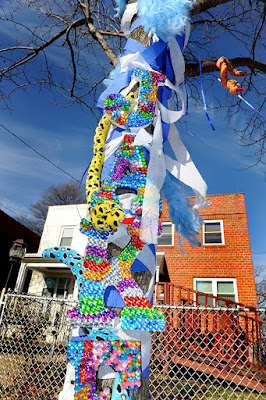 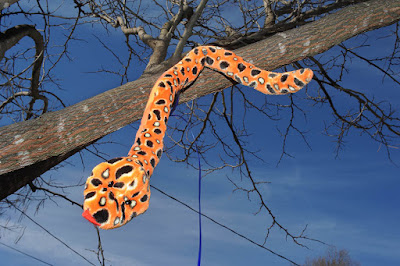 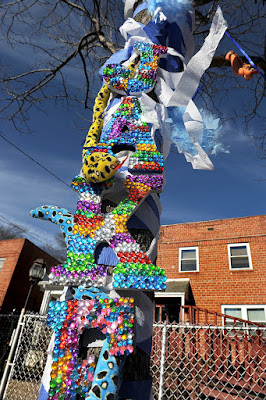