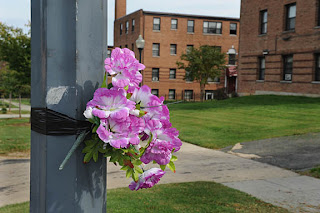 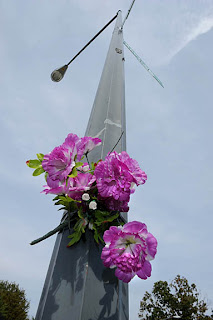 From a DC police report: On Saturday, September 24, 2011, at approximately 1:45 am, units from the Fifth District responded to the 1100 block of 21st Street NE, Washington DC, for the sounds of gunshots. Upon arriving on the scene, they located an adult male lying on the ground suffering from a gunshot wound. DC Fire and EMS transported the victim, Isaiah Sheffield, 24, to a local hospital where he succumbed to his injuries and was pronounced dead.

More at HomicideWatch.
Posted by Lloyd at 8:51 AM