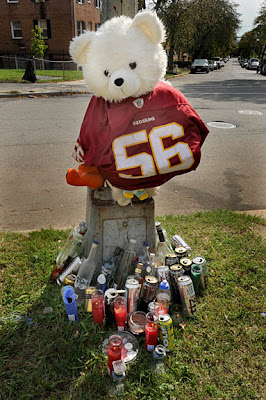 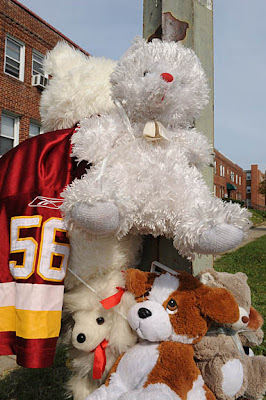 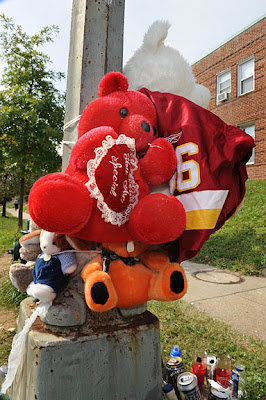 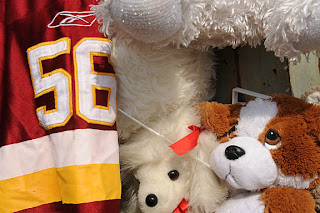 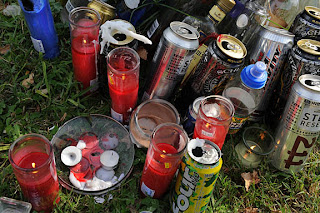 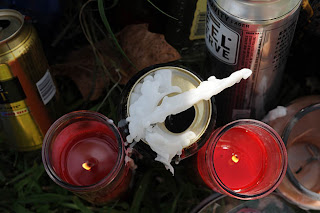 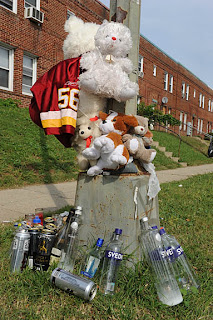 From a DC police report: On Sunday, October 16, 2011 at approximately 8:20 pm, units from the Fifth District responded to the 1900 block of I Street, NE, for the report of a stabbing. Upon their arrival, they located a male, identified as Jawan Parker, 31, suffering from stab wounds. DC Fire and EMS transported the victim to a local hospital where was pronounced dead.

The suspect is described as a black female, in her late 20s, approximately 5 feet 7 inches, with brown hair, wearing a green jacket and blue jeans.

This shrine was built by friends and family on the corner of 21st and I Street NE, where he was murdered.

Some of the offerings left at the site included cans of "211" malt liquor, a favorite of his, which signified his neighborhood - 21st & I.

I was accompanied at this site by reporter John Muller, who interviewed Mr. Parker's grieving mother and a young relative. A neighbor said Mr. Parker was a recent widower, and his death leaves four children orphaned behind.

I trust justice is served, and pray for peace and healing.

More information about Mr. Parker is at HomicideWatch.
Posted by Lloyd at 9:02 AM

RIP my man and God bless his family.