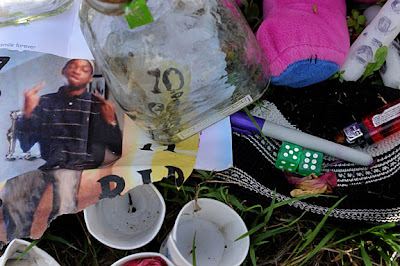 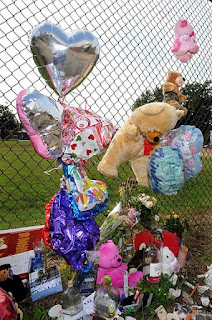 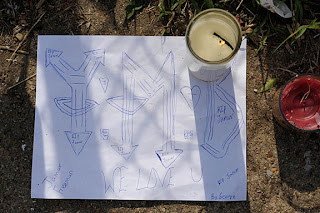 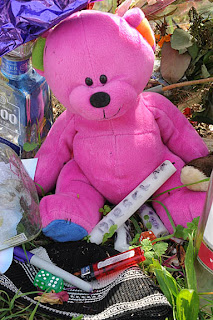 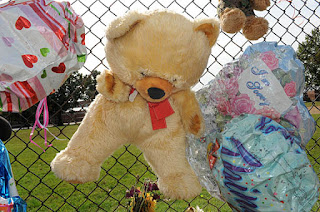 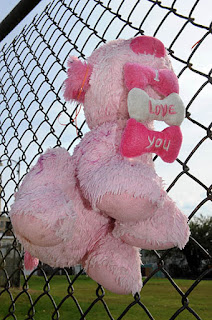 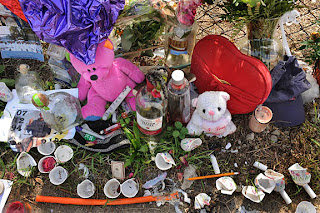 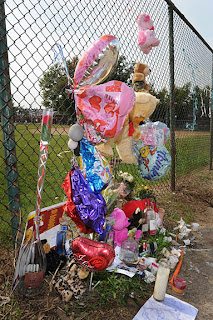 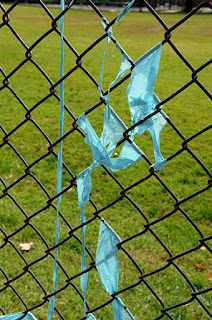 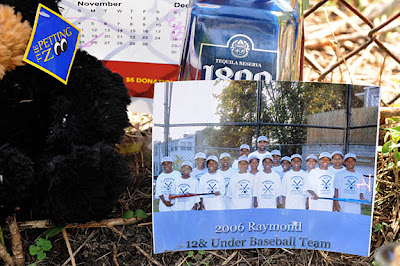 This memorial to Jamar Freeman is in an alley at the site of his murder, adjacent to a school playground.

Adapted from a police report: On Saturday, October 8, 2011, at approximately 7:25 pm, units from the Fourth District discovered a male suffering from stab wounds in the 900 block of Quincy Street NW, Washington DC. DC Fire and EMS transported the victim, Jamar Michael Freeman, 17, to a local hospital where he succumbed to his injuries and was pronounced dead. A vigil held 1on October 15th in the 9th Street alley where he died. He was raised in the neighborhood, and was known locally for his involvement in sports and youth sports advocacy.

A 17-year-old from Northwest DC has been arrested in this shooting death. Derek Johnson was arrested on suspicion of second-degree murder while armed. He will be charged as an adult.

Apparently Mr. Freeman and his accused killer both appear in the team photograph at the site, according to reporter John Muller, who attended the vigil for Mr. Freeman.

Sad. Strength and prayers for his family.

More information on the situation can be found at HomicideWatch.
Posted by Lloyd at 9:12 AM