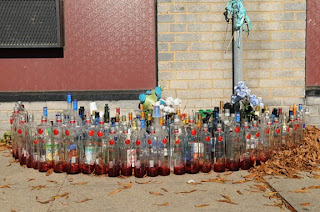 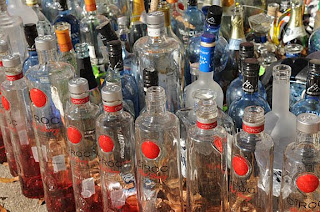 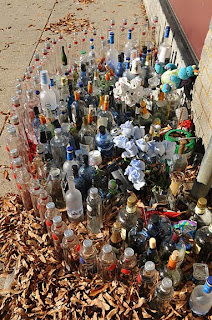 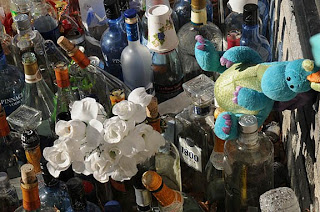 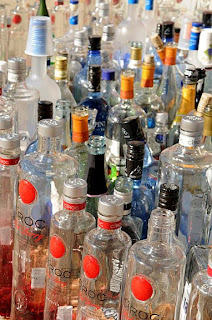 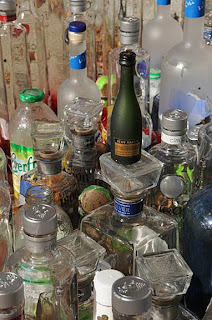 From police reports: At approximately 8:46 pm on Saturday, February 27, 2010, officers from the 7th District responded to the 300 block of Parkland Place SE, Washington DC. to investigate the report of a shooting, Upon arrival, they located an adult male lying on the sidewalk at that location suffering from an apparent gunshot wound. The victim, Marquis Wade, 20, of the 300 block of Parkland Place, SE was transported to an area hospital where he was subsequently pronounced dead.

I was shown this bottle shrine by some girls who lived nearby. I met a very positive young man, Ken, at the site, who was related to Marquis by marriage. We had a long discussion about the nature of the neighborhood, its effects on people, and efforts to try to clean things up physically, spiritually, and economically.

I visited this memorial a second time, with researcher Melanie Moore of GWU, and spoke to other neighbors and relatives. They said he was a good dude, loved Heineken, was known to all as "Big Weed," and left four small children fatherless in his life's wake. The shrine has been taken down and rebuilt a couple of times, and some visit and drink and pour libations daily.

Murder... the miserable inverse of Creation, and the Creator's purpose.

Note: The spot where he died is documented at:
http://dcshrines.blogspot.com/2010/04/marquis-wades-last-spot-on-earth.html
Posted by Lloyd at 5:24 PM

this blog is incorrect marquis wade 20 is not big weed this is not his memorial he is not even from dc he knew no one on parkland he was living there for less than a month the 300 block of parkland needs to be blown up, full of scavengers.