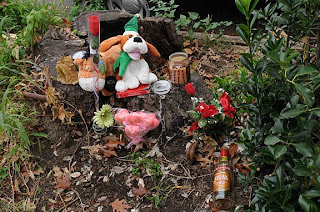 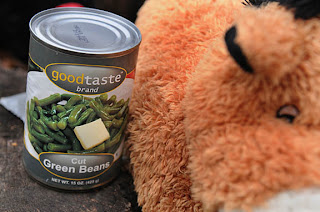 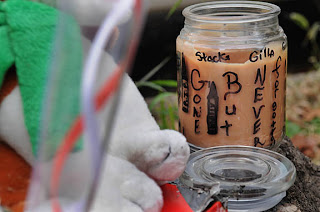 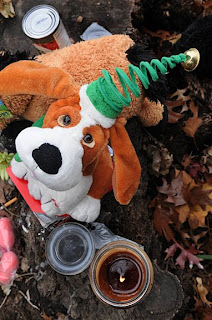 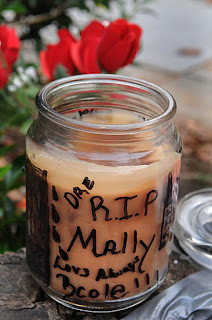 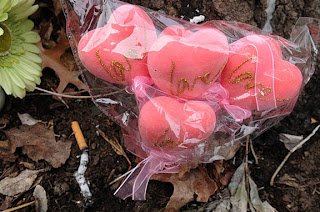 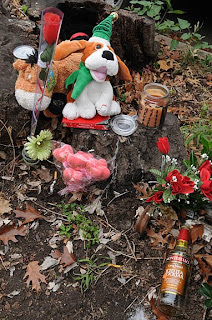 From DC Police reports: On Sunday, November 14, 2010, at approximately 12:30 am, units from the Fifth District responded to the unit block of P Street NW, Washington DC, to investigate the report of a shooting. Upon their arrival they located Jamal Wilson, 19, suffering from an apparent gunshot wound. DC Fire and EMS transported him to a local area hospital where he succumbed to his injuries and was pronounced dead.
On Tuesday, November 16, 2010, at 2:40 pm, Kwan Kearney, 19, of Northeast DC, was arrested and charged with First Degree Murder while Armed in the shooting death of Mr. Wilson.

A neighbor told me this shrine is about 1/2 block from where the shooting actually occurred, and that the street had generally been quiet of late, prior to this sad incident.

A small observation- while I have seen favorite foods displayed/offered at several shrines, it was interesting to see this can of string beans.