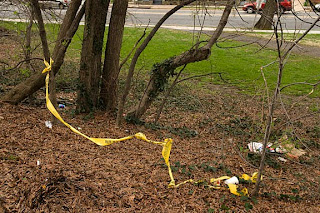 At approximately 8:46 pm on Saturday, February 27, 2010, CD police officers from the 7th District responded to the 300 block of Parkland Place SE, Washington DC, to investigate the report of a shooting. They located an adult male lying on the sidewalk at that location suffering from an apparent gunshot wound. The victim, 20-year-old Marquis Wade of the 300 block of Parkland Place, SE was transported to an area hospital where he was subsequently pronounced dead.
Posted by Lloyd at 12:53 PM