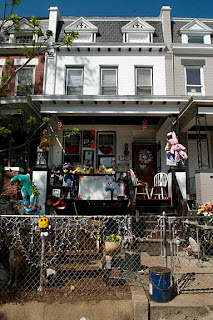 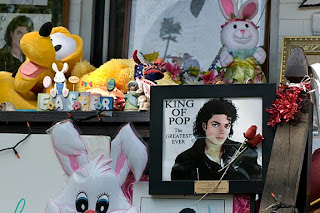 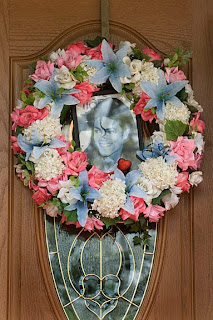 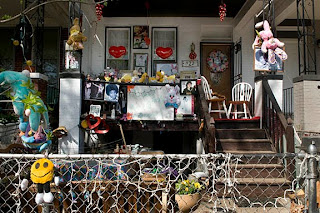 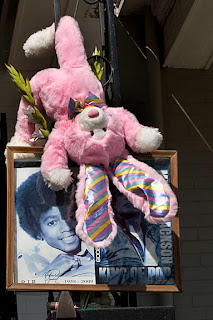 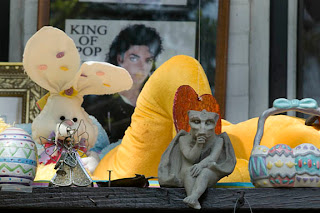 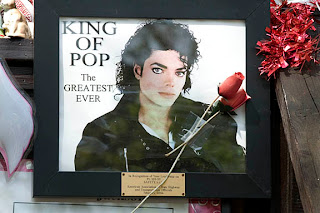 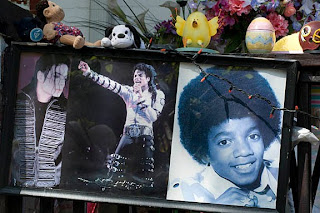 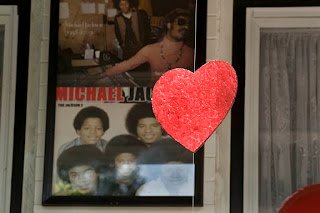 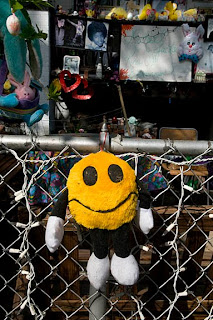 This elaborate and regularly renewed shrine to the late "King of Pop" Michael Jackson covers the entire front of 922 8th Street NE, Washington DC. The shrine is nearly a year old, as Mr. Jackson died on June 25, 2009.
It is colorful and passionately eclectic.

It is only the second celebrity memorial shrine I have seen in the DC area- the other was for slain Redskins player Sean Taylor.

My friend and supportive colleague, the gifted writer and activist, Patrice Gaines, recently wrote me that the shrines have a spiritual quality, that mark "how we remember."
Learn more about Patrice's good work at:
http://www.patricegaines.com

There is an interesting interview with the maker of this shrine at:
http://peoplesdistrict.blogspot.com/2010/05/maxcine-on-michael-jackson-house.html

This shrine was referred to me by my friend and adviser, Craig Byrnes.
Posted by Lloyd at 12:27 PM