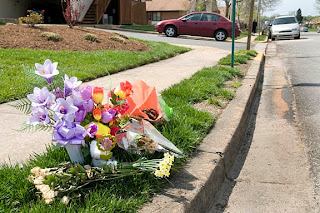 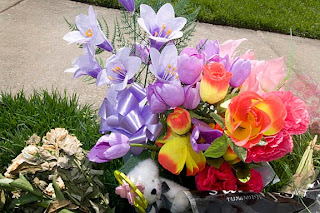 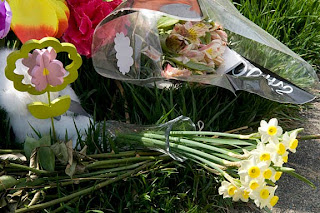 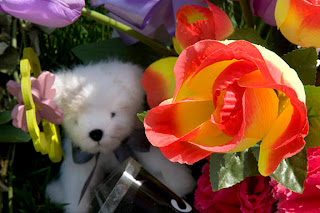 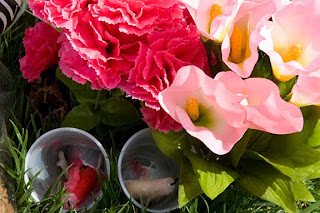 Excerpted from the Washington Post Metro section, Friday, March 26, 2010.
A woman who was fatally shot in Fairfax County on Wednesday was identified as Morgan Myatt, 23, of Holly Street NW in the Washington DC, and the man accused of killing her was identified as Antoine T. Avery, 25, of Spotsylvania, VA.
Myatt was shot as she sat in a car near Orinda Court in the Mount Vernon area about 7:25 am. The gunman fled. Later Wednesday, police in Arlington, VA, responded to a report of a man with a gun in the 1200 block of South Quincy Street. As officers arrived, Avery shot and killed himself.
Fairfax police think that Myatt and Avery had been in a relationship. Myatt's Facebook page indicates that she has a 3-year-old son.

Peace to the child, and to all.

There was no shrine at the site of the suicide, which is about a mile and a half from my own neighborhood.
Posted by Lloyd at 1:27 PM

I WENT TO SCHOOL HER KILLER ITS SAD BECAUSE NOW HER SON HAS NO MOTHER. IMAGINE HOW HE SLEEPS AT NIGHT

wow...morgan and I were in highschool together...we had the same classes and the same homeroom... this is crazy. RIP gurl. <3