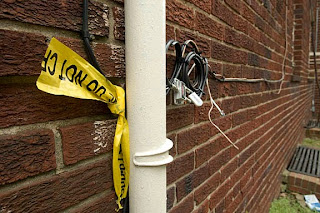 On Wednesday, March 10, 2010, at 7:41 pm, Fourth District DC police officers responded to the unit block of Hawaii Avenue NE, Washington DC, on report of a man down at that location. Upon arrival, they discovered an adult male suffering from an apparent gunshot wound. The victim, Shadawnchea Gardner, 26, was transported to an area hospital where he was pronounced dead.
A subsequent investigation resulted in the arrest of 29-year-old Marcus Silver of NE Washington. Mr. Silver is currently being charged with Murder One While Armed.
Posted by Lloyd at 12:44 PM