Purple bear for Robert McFarlin. A strange and sad situation 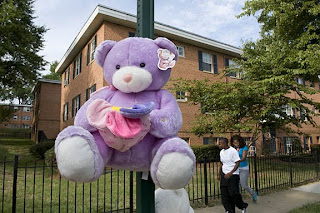 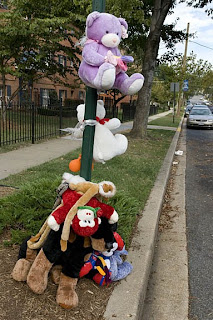 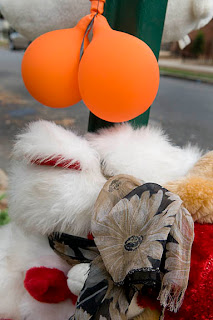 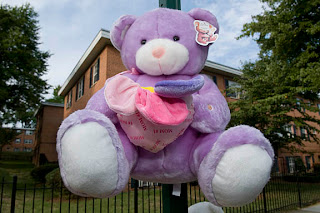 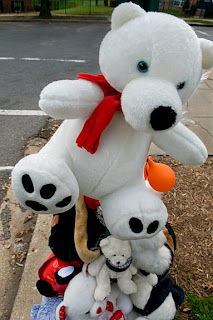 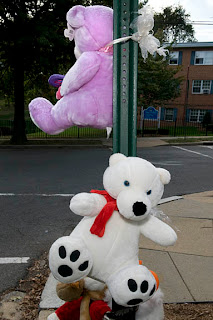 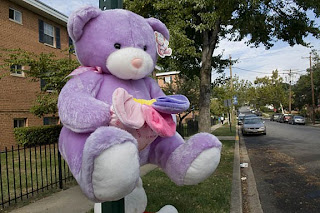 Two of the three officers then fired a total of three rounds, killing McFarlin. Police then found his sister, who was not harmed.

The shooting took place outside the Garden Village Apartments off Alabama Avenue SE. Children in uniforms walking home from school saw the police tape and cruisers, and asked neighbors what had happened.

The three officers were placed on administrative leave, which is standard department policy. The force investigation team will look into the shooting. DC police say it is their policy not to identify officers involved in shootings. There have been thirteen police-involved shootings this year, compared with nine at the same time last year. That includes fatal shootings, people who were wounded, and misses.
Posted by Lloyd at 1:04 AM