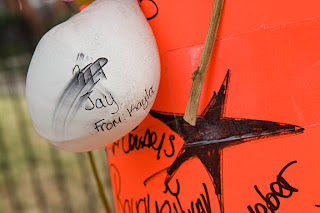 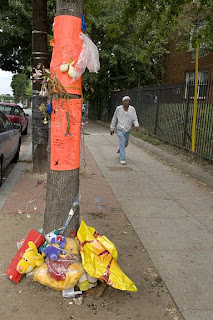 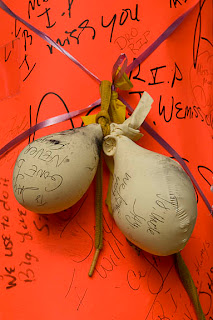 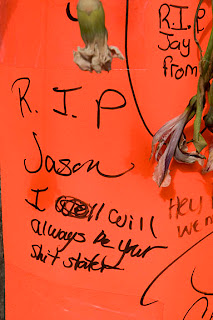 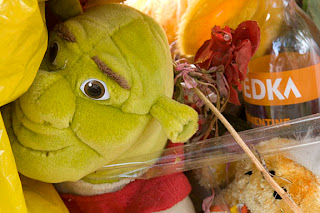 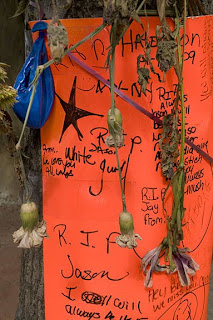 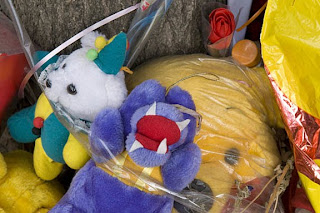 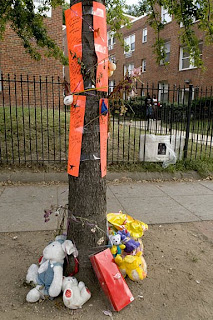 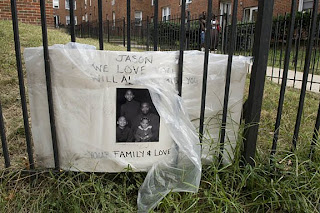 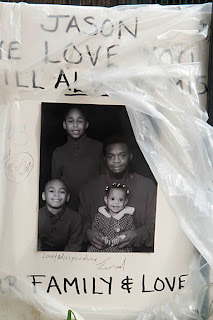 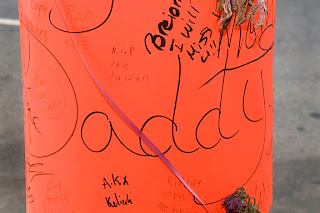 Shrine erected in the 4000 block of Minnesota Avenue NE Washington, DC, across the street from a busy Metro station.
On September 11, 2009, Jason Liser, 32, of Bowie, Maryland, was taken to an area hospital after being shot. He died there from multiple wounds. No motives or suspects are known.

There have been several murders in this block; this is the first time I am aware of that a shrine has been erected in this busy area.

A neighbor, Sondra, told me that '"Jay' was good guy, and that his killing makes no sense." He leaves behind a baby daughter.
Posted by Lloyd at 12:45 AM

Rest in peace my son we are missing you everyday......Ma

I don't know if that's a shrine, but I see some interesting things in here which could be so useful for me, I think I 'm gonna look for that man because those stuffs are interesting for me.

Yeah and all of this It's goverments fault... we pay our bills in time always and now you can't feel safe on the streets... the only left It's... you get robe on the office... this can continue in this way... we must do something, to protect good people.