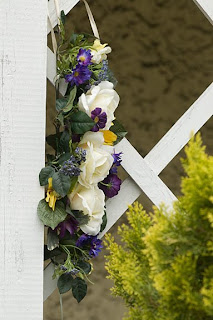 At approximately 1:00 am, on Wednesday March 25, 2009, police responded to the intersection of 16th & Hamlin Sts. NE for the sounds of gunshots. Officers located an adult male suffering from apparent multiple gunshot wounds lying in the 1500 block of Hamlin St. Emergency personnel responded to the scene, but found no signs consistent with life. The victim was pronounced dead on the scene.
The victim has been identified as Eugene Francis Neal, Sr., 52, of the 1500 block of Hamlin Street, NE.

According to NewsChannel 8, the family is heartbroken. Mr. Neal, a Metro station manager, was gunned down about 1/2 hour after he got off work.

Neal's family says the man's teenage son, 14-year-old Eugene Neal Jr., was the center of his father's life. "He was a great man. He taught me a lot of things. He always kept me on the straight & narrow... They took my father from me. They took my friend. They took my feeling of safety in my own home."

No murder makes sense to me. This one seems particularly tragic and incomprehensible. I send a prayer to his family for stength.
Posted by Lloyd at 10:11 AM

I MISS MY UNCLE SO MUCH WHY HOW DID THIS HAPPEN TO A GOOD MAN LIKE HIM IF ANY BODY KNOW ANY THING PLEASE COME FORWARD PLEASE.