This unusual and creative shrine in a generally quiet neighborhood is for Mr. James Beckham's memory. 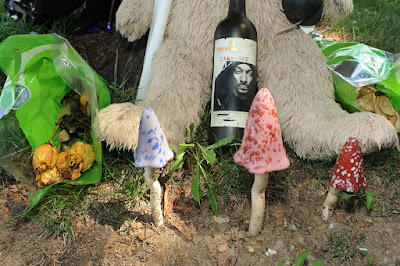 From a DC Police report: Detectives from the Metropolitan Police Department’s Homicide Branch are investigating a homicide that occurred on Saturday, August 7, 2021, in the 200 block of 49th Street SE, Washington, DC. At approximately 6:17 pm, members of the Sixth District were flagged down in the area of the listed location Upon arrival, members located an adult male in a vehicle suffering from an apparent gunshot wound. DC Fire and Emergency Medical Services responded to the scene and found the victim displayed no signs consistent with life. The decedent has been identified as 69 year-old James Beckham, of Suitland, MD. 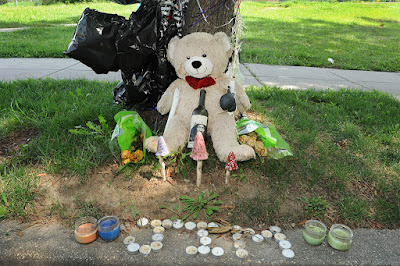 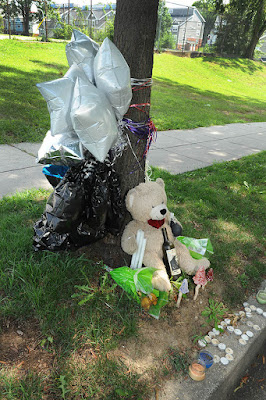 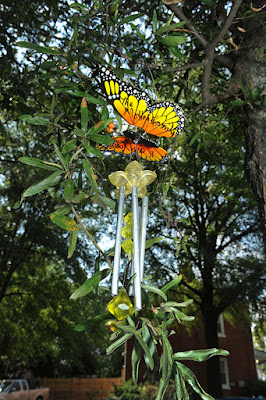