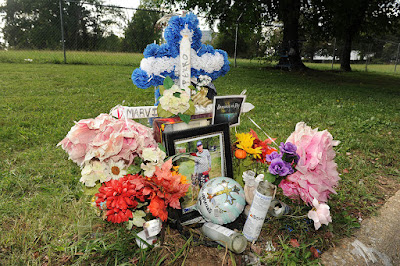 From a Montgomery County Police report:  Detectives from the Montgomery County Police Major Crimes Division have identified the victim in yesterday’s Wheaton area homicide as 25-year-old Marvin Alexander Mendoza. There is not a confirmed address for Mendoza.  The Office of the Chief Medical Examiner has ruled Mendoza's manner of death as homicide by multiple gunshot wounds. At this time, investigators believe this to be an isolated incident.

On Tuesday, August 10, 2021, at approximately 8:56 a.m., the Emergency Communications Center (ECC) received a call for a shooting in the 2000 block of Blueridge Avenue. 4th District officers responded and located, Mendoza deceased.

This memorial to Mr. Mendoza is at the edge of a park in a quiet neighborhood in Wheaton, Maryland. May he rest in peace. 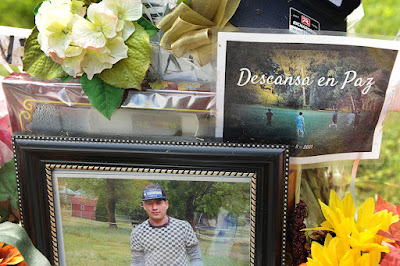