From Popville: Detectives from the Metropolitan Police Department’s Homicide Branch are investigating a fatal shooting that occurred in the 1000 block of 17th Street, Northeast, on Thursday, July 21, 2017.
At approximately 10:51 pm, members of the Fifth District responded to the rear alley of the listed location for the report of a shooting. Upon arriving on the scene, members located an unconscious and unresponsive adult male victim. The victim was suffering from multiple gunshot wounds. DC Fire and EMS responded to the scene and transported the victim to a local hospital, where he was pronounced dead. The decedent has been identified as Marcus Stephens, 26, of Oxon Hill (information from MPD).

While looking for a possible memorial for Mr. Stephens, I found this older shrine a half-block away in the 1000 block of 17th Place NE, Washington DC. It is probably an older creation. I am happy to post updated information should anyone have it.

According to the Washington Post, Jerome T. Marshall, then 17, was slain at this location in 2004.

Rodney Taylor, 26, was also slain at 17th Place  & L NE in August, 1994. An extensive and moving Washington Post article on this sad event can be read here: 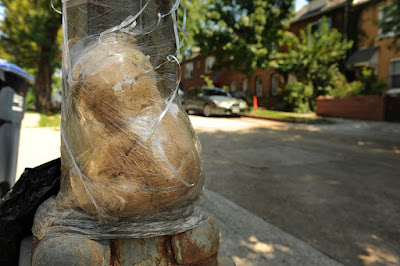 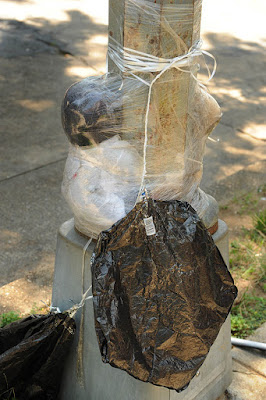