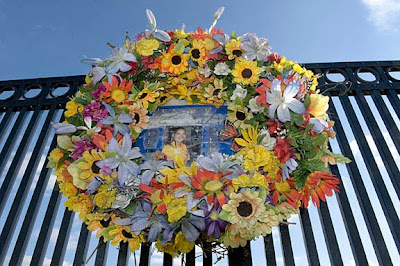 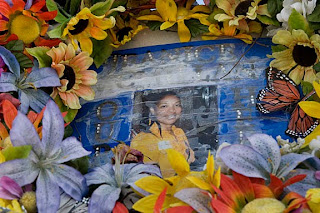 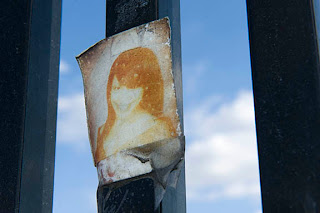 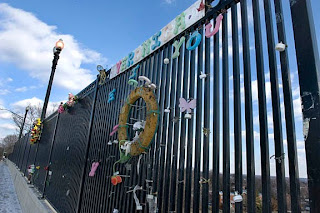 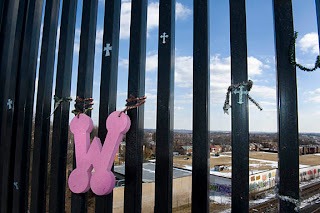 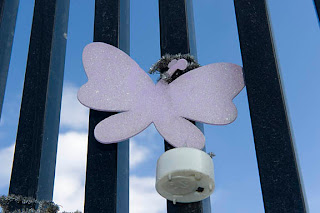 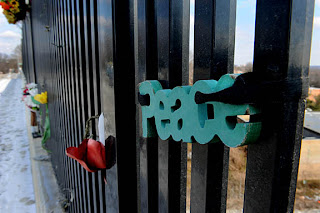 On June 21, 2009, nine people were killed in the worst subway accident in Washington DC's Metropolitan Area Transit Authority history. This memorial to the Metro crash victims endures in the 5800 Block of New Hampshire Avenue NE, Washington, DC. It is on a bridge crossing the Metro tracks near the fatal crash site.

Killed that day were the driver of the train, Jeanice McMillan, 42, of Springfield, Virginia; Retired Maj. Gen. David F. Wherley Jr., former commanding general of the District of Columbia National Guard, and his wife, Ann, both 62; Mary Doolittle, 59; Lavanda King, 23; Veronica Dubose, 26; Cameron Williams, 36; and Dennis Hawkins, 64, all of Washington; and Ana Fernandez, 40, of Hyattsville, Maryland.

Most prominently visible on the remaining shrine are mementos for Ms. Dubose, Ms. McMillan, and Ms. King.

An official brass plaque was installed in all their memories at a nearby station stop.
Posted by Lloyd at 8:58 PM