I found this memorial after some neighbors pointed it out to me. Ms. Chapple lost her life in April 2014. Her shrine has been maintained for some months by her loved ones. It is within 100 feet of the memorial for Xavier Lyles 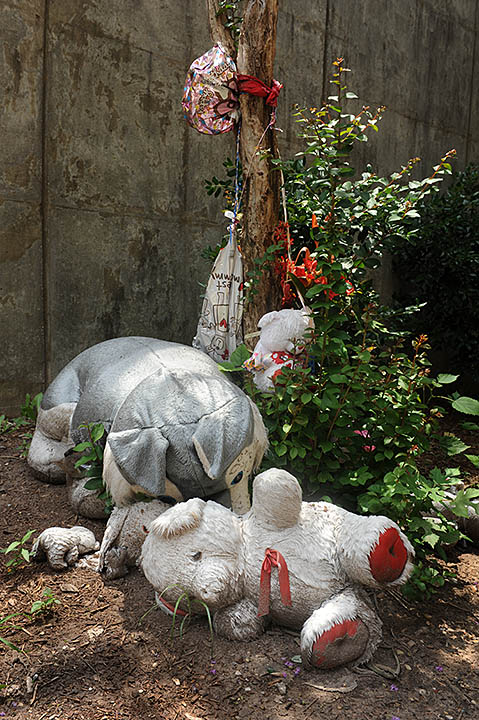 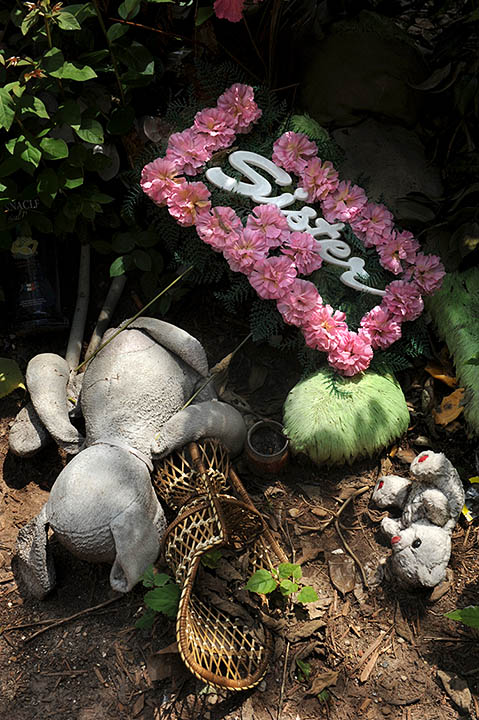 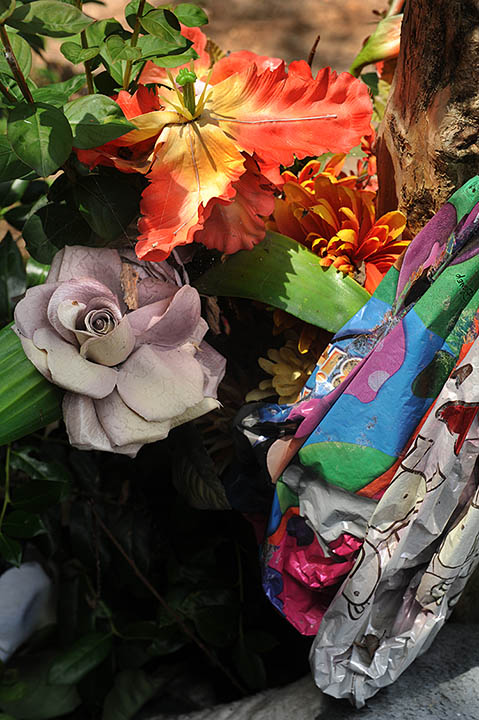 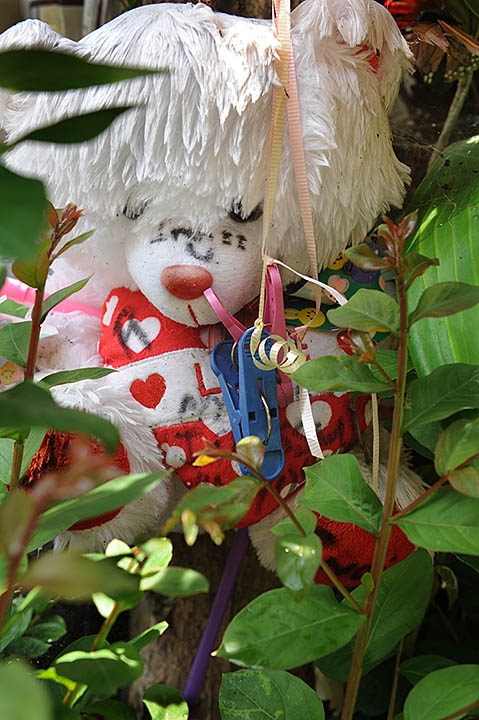 From a DC police report: On Saturday, April 19, 2014, at approximately 2:17 am, officers from the Seventh District responded to a call for the report of an unconscious person in the 2500 block of Pomeroy Road SE, Washington DC. Upon arrival, they located an adult female, identified as India Chapple, 26, suffering from an apparent stab wound. DC Fire and Emergency Medical Services arrived on the scene and transported her to a local hospital for treatment where she succumbed to her injuries and was pronounced dead.

On Saturday, April 19, 2014, at approximately 10:45 am, Tracy Mathis, 30, was arrested and charged with Second Degree Murder While Armed in the stabbing death of India Chapple.

There is additional and ongoing information about this case on HomicideWatch.

My justice be served, and her loved ones know peace.
Posted by Lloyd at 8:46 PM