From a DC police report: On Tuesday, June 24, 2014, at approximately 11:07 am, police officers from the Seventh Patrol District responded to a call for service for the report of an unconscious child in the 2500 block of Pomeroy Road SE, Washington DC. Upon arrival, they located a male toddler, identified as Xavier Lyles, 3, unconscious and unresponsive. DC Fire and EMS found no signs consistent with life. The cause of death was determined to be multiple blunt force injuries. The manner was ruled a homicide 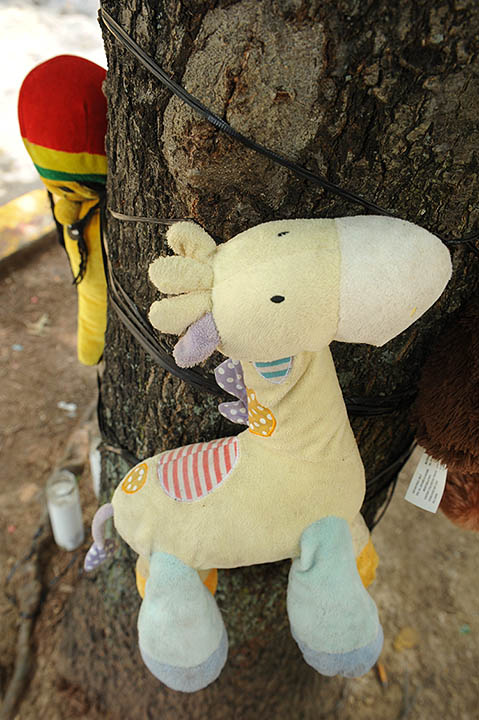 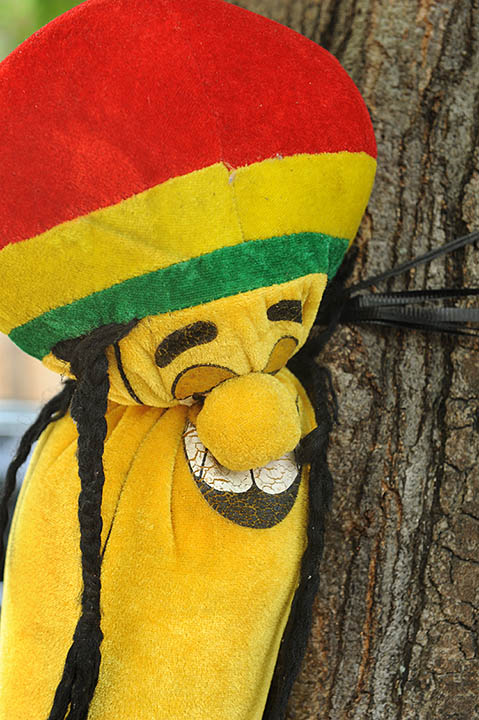 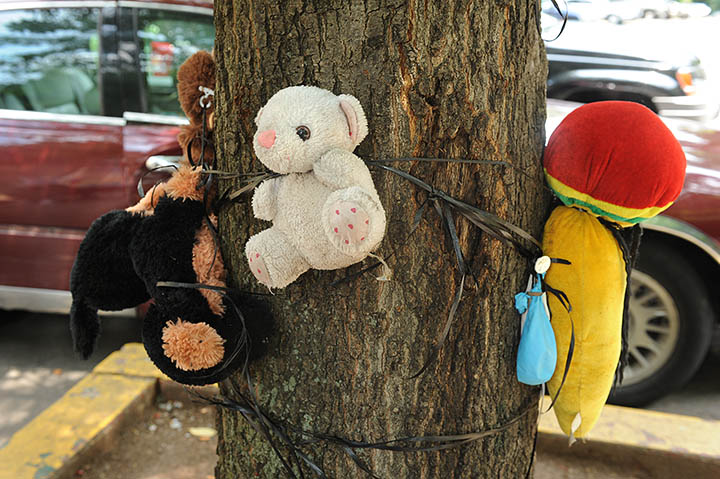 I spoke with three ladies near this child's shrine. They said that the recent rains had washed away much of the shrine, including the little boy's photograph.

One woman told me she had built a shrine to her slain daughter just up the block a few years ago.

A blessing from whatever heaven his family can find, and wings of peace for his innocent soul.

More information is on HomicideWatch.
Posted by Lloyd at 8:54 PM