Memorial along a trail to Akinyele Warner, Langley Park, Maryland.


From a Prince Georges County Police report: The Prince George’s County Police Department has arrested three suspects in connection with a murder that occurred in Langley Park late Saturday night. The investigation reveals this is a gang-related crime. 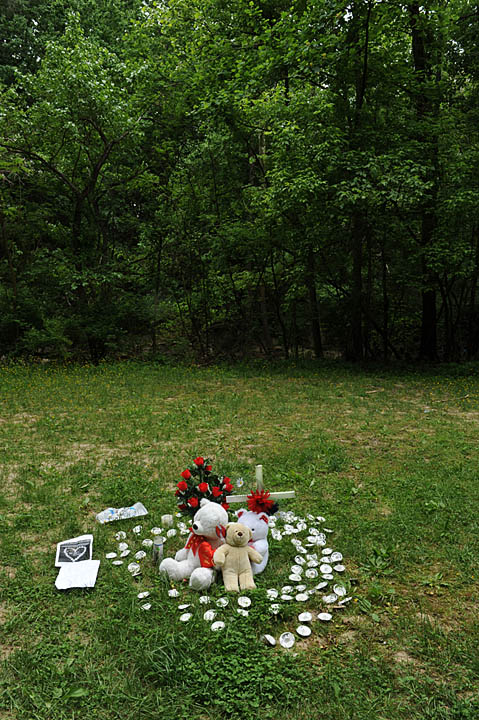 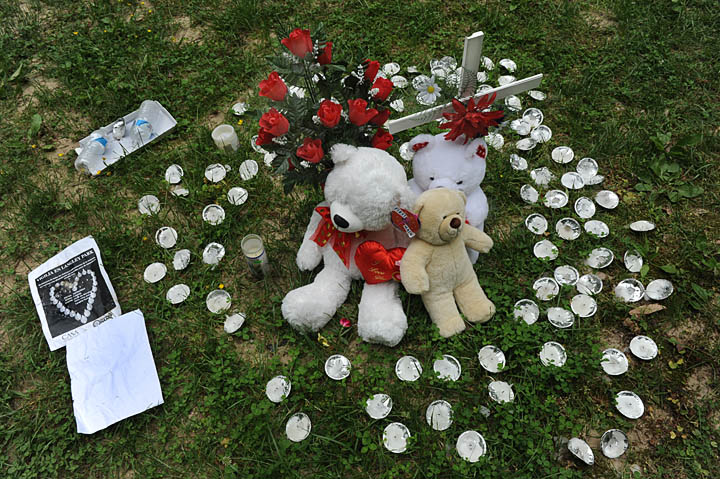 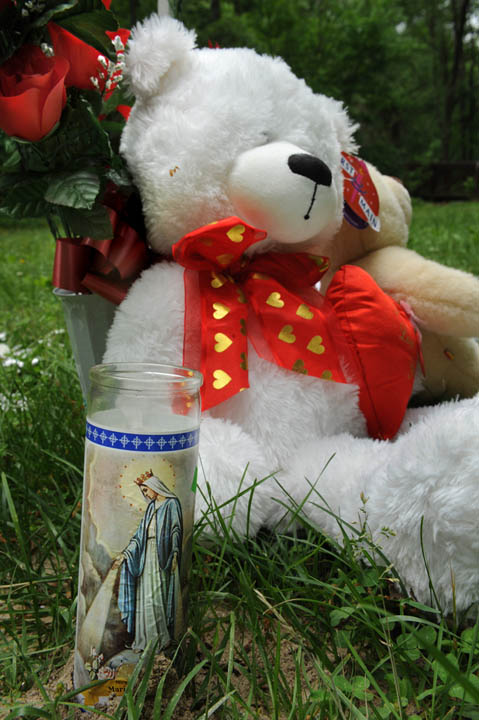 Just before 11 pm on Saturday, May 10, 2014, Maryland National Capital Park Police and Prince George’s County Police officers responded to the Northwest Branch Hiker Biker Trail in Langley Park, Maryland, for the report of an unconscious male.  The preliminary investigation reveals the victim, Akinleye Warner, 19, of Langley Park, traveled to the park with three acquaintances. The decedent was with an acquaintance who went to the area to conduct a drug transaction.  During the attempted transaction, Warner was assaulted. He was found on a park trail suffering from multiple stab wounds. The investigation reveals the suspects are gang members who committed the crime in order to gain notoriety within the gang.

Investigators quickly developed leads in the case and have arrested three suspects, all of whom are charged with first degree murder.  They are Nelson Rivera-Anaya, 15, Angel Contreras, 14, and a 13 year old who under state law can’t be charged as an adult.  Rivera-Anaya & Contreras are being held at the Department of Corrections on a no-bond status.  The 13 year old is being held at the Cheltenham Youth Facility. The three suspects attend and/or attended Buck Lodge Middle School in Adelphi.

Throughout this ongoing investigation, the Prince George’s County Police Department has worked closely with PGCPS leaders to ensure the safety of students.  Additional patrol resources have been stationed at the affected schools since the crime occurred. The PGPD has also assigned investigators within the school system to add an additional layer of security. Those investigators will share information with school leadership regarding any possible gang activity.

A large vigil and march was held in honor of and in support of Mr. Warner and his family, who were immigrants from Guyana. There is more information on the vigil in the Washington Post.