From a DC police report: On Wednesday, May 14, 2014, at approximately 3:10 pm, police officers from the Sixth District responded to the 5800 block of Field Place NE, Washington DC, for the sounds of gunshots. Upon arrival, police officers discovered an adult male, identified as Jermaine Dews, 27, suffering from multiple gunshot wounds, unconscious and unresponsive.  DC Fire and EMS  determined there were no signs consistent with life.

While documenting this shrine, I spoke with a young woman neighbor, who kindly and out of propriety re-set up a couple of teddy bears that had fallen over, and straightened up some of the flowers for the photographs. 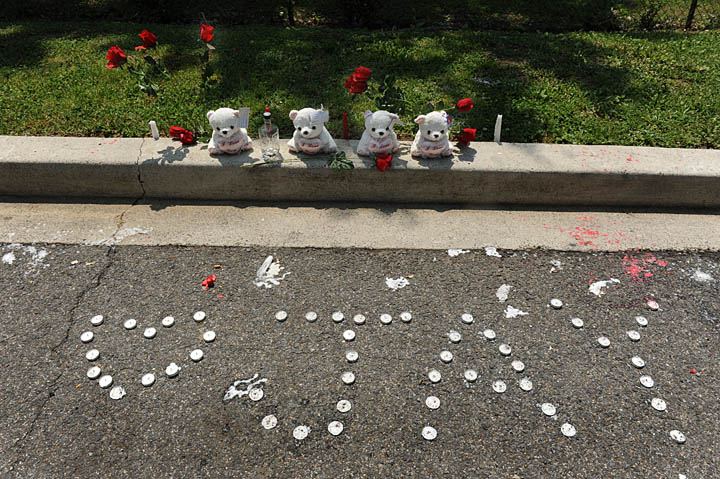 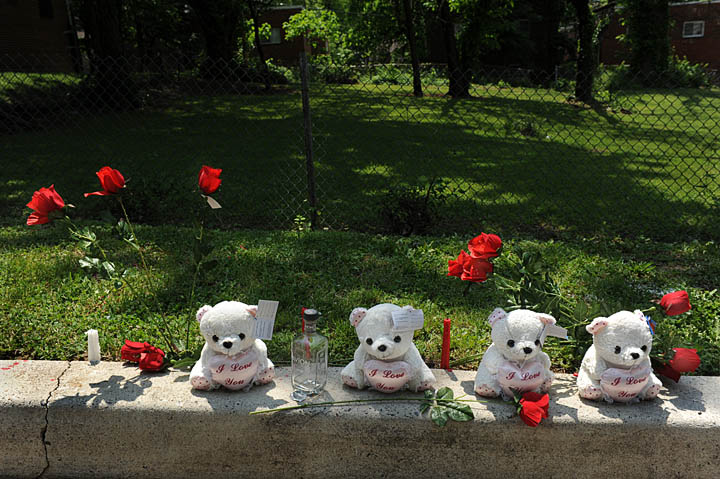 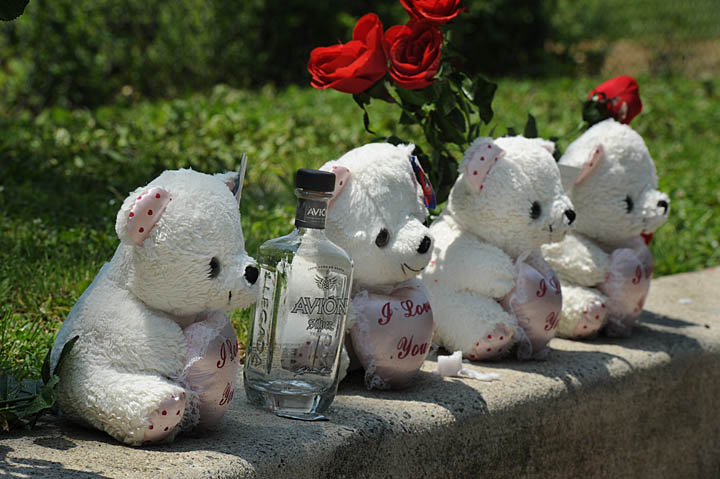 There is more information on this case at HomicideWatch.
Posted by Lloyd at 5:25 PM